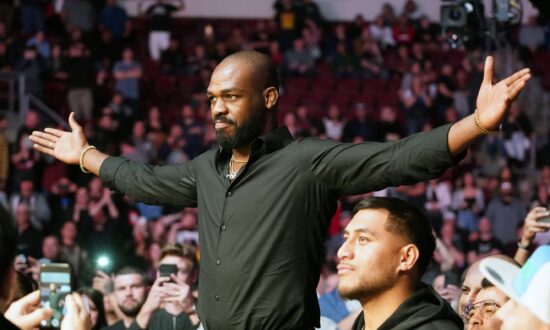 The New Year is pretty close. We hope that 2021 turns out better than 2020, way better, because, to be honest, it won’t take too much for it to surpass the last 12 months. When it comes to UFC, we have a few ideas about what fights might make it exciting. Just to say right away, we won’t count in the bout between Khabib and Conor. We’ll be a bit more realistic.

The Bones is not the light heavyweight champion anymore, but that doesn’t matter too much if this matchup happens. The veteran showed some slight signs of slowing down, but he is still the master of his business. On the other side, Adesanya looks unstoppable in his middleweight division, and right now, he has no worthy opponent there.

It is no wonder that Izzy wanted to go up and test other champions, particularly Jones. We already saw some sparks between the two, and some trash talk. Let’s hope that it is just an intro to something bigger.

Let us see that rematch. Let us see is Colby fake, or not. It is that plain and simple. He suffered a TKO against Kamaru but immediately began complaining about the judge’s premature stoppage. On the other side, Kamaru is convinced that he is better than Covington.

So we here have a guy who is 100% sure that he can defeat his opponent. The other guy, who lost the first fight, now wants more, suggesting that his defeat was a setup. Not to forget that there is an ultra-mega-super hype surrounding this matchup and that the UFC could earn a tone of money.

All the factors to see these two inside the octagon again.

Practically, this would be a rematch after a “three-piece and a soda” in London, as Gamebred called his combo on the Englishman. Edwards’ fight against Khamazat Chimaev is off, by the way, because of the latter’s withdrawal.

But to get back to our desired match. These two fighters have a lot of unfinished business, and they should get into the octagon to terminate them. We are more than positive that this fight would be one of the most violent ever in the UFC.

We might be a bit subjective here, but the Lioness didn’t deserve to win both matches against the Peruvian-Kazakhstani fighter. Both of those outcomes saw a lot of criticism, and it would be the best for the organization and them two as well, to settle everything with another contest.

It would arguably be the best ever ladies’ fight in the UFC.

This is something that should happen anyway, but we had to put it on the list. After all, the entire world awaits this match. The champ against the Predator once again. Only this time, Ngannou is more experienced and Stipe a few years older and more worn out.

The chances here are 50-50, wouldn’t you agree? Well, that is why we put it on the list in the first place.