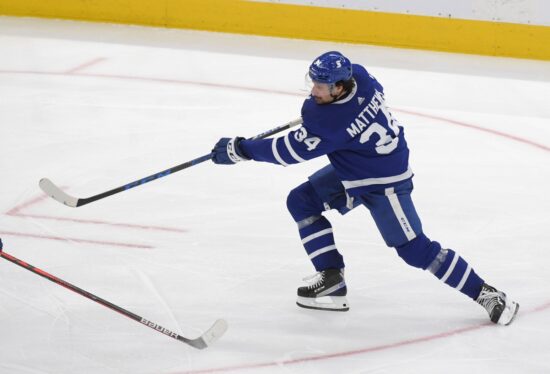 The Toronto Maple Leafs have been handed a blow ahead of the start of the 2021-22 NHL season, as it has been reported that Auston Matthew will miss the start of their training camp. Meanwhile, former Maple Leafs, Joe Thornton will play in his 24th season in the league after signing a one-year deal with the Florida Panthers.

The new season has already been greeted by some bad news for fans of the Toronto Maple Leafs, as it has been announced that Auston Matthews will not be joining up with his teammates for the start of their training camp. The news broke over the weekend, as it was announced by the franchise that their star needs surgery for a wrist injury. It is expected that the talented star will be out of action for six weeks, which means that he should be fit enough to return ahead of the start of the regular season.

Reports claimed that the 23-year-old was playing with the injury throughout much of last season. However, he still enjoyed an excellent campaign for the Leafs. Matthews scored 41 goals in 52 regular season games, and provided 25 assists. That was his second-best return in terms of his numbers, as it was only bettered in 2019-20, as he scored 47 goals and contributed 33 assists. However, in the playoffs, his form was disappointing as the Leafs crashed out in the first round. Matthews scored just once in four games.

The Leafs are among the leading contenders for the Eastern Conference in 2022, as they are priced at +750 with BetOnline.ag. However, they are a slightly longer shot for the Stanley Cup, as the same sportsbook prices them at +1400.

The Florida Panthers announced that they had agreed a one-year deal with Joe Thornton over the weekend. That means that the 42-year-old will be playing in the NHL for a 24th season in 2021-22, as he joins his fourth franchise. Thornton had been with the Toronto Maple Leafs last season, as he played 44 times for his hometown club. He scored five goals and made 15 assists during his time with the Leafs.

Like Matthews, he also played in all seven games that the Leafs played in the post-season. He scored once as Toronto crashed out at the hands of the Montreal Canadiens. The majority of Thornton’s career was spent with the San Jose Sharks, where he remains their leading assist maker in the NHL. He certainly brings in a wealth of experience to the Panthers, as he is a six-time All-Star.

BetOnline.ag still price the Panthers at +2000 to win the Stanley Cup in 2022. Meanwhile, the same sportsbook has them as a +1100 chance to win the Eastern Conference next season.