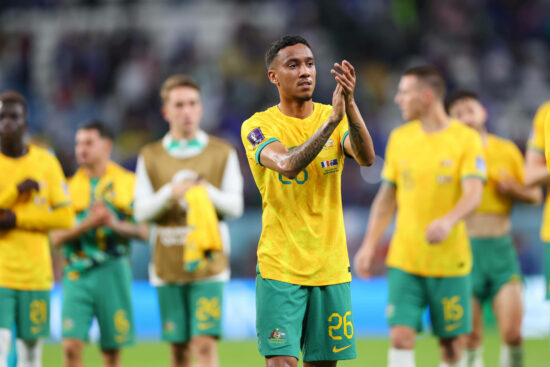 If you’re in search of some World Cup predictions, look no further, because, in this article, Vegas Odds are going to preview Tunisia vs Australia.

Both Tunisia and Australia come into Saturday’s matchup with the intention to win, which makes this clash interesting.

Tunis displayed hard and very strategic football against Croatia, but they couldn’t score, despite having initiative throughout the game. Despite the game being 0-0, we saw them pressuring the rivals, leaving a much better impression.

This was the seventh game in their last 10 with under 2.5 goals, and the ninth clean sheet for the Tunisian unit.

Australia lost to France, 4-1, and that was expected. The Socceroos scored the opener, which only woke up the rivals, who would then shift into a higher gear and roll over them.

There was no creativity in Australia’s game, and we can say that lack of a proper playmaker is their biggest flaw, as well as not having one typical striker.

These two teams are playing pretty rough football, without too much creativity, but with hard tackles and a very brutal approach.

Also, this game is of high importance for both units, therefore we expect to see lots of emotions involved, and four yellow cards are the perfect bet here.

Have no doubt, this will be a tough and dull game between two defensive-minded sides. So under 2.5 goals is the first option.