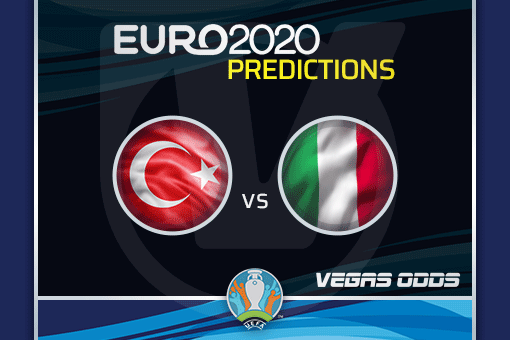 The long wait for the start of the EUROs finally comes to an end on Friday evening, as Italy kicks off the competition against Turkey at the Stadio Olimpico. Both Turkey and Italy will be looking to start the competition with a victory, but which nation will be feeling confident of progression in Rome on Friday?

Italy Going Under The Radar

Italy have been one of the nations that many experts have written off before the competition has started. However, they look primed for a strong return to major competition after missing the most recent World Cup three years ago. Now under the management of Roberto Mancini, the Italians were perfect throughout qualification, as they won all ten games that they played. Italy scored a remarkable 37 goals through this phase, and conceded just four.

There is no secret that they have quality at both ends of the field, but they remain an unknown quantity for any fan that doesn’t watch Serie A on a regular basis. Ciro Immobile and Andrea Belotti will be the main players in charge of scoring the goals, with Immobile having scored 20 goals in 35 Serie A fixtures for Lazio last season. Italy’s form coming into the competition is strong, as they have won their last two, and have scored a combined total of eleven goals. Their most recent win came against fellow EURO 2020 hopefuls Czech Republic, who they beat 4-0. Immobile was among the scorers in that victory.

All major tournaments often have one nation that causes a surprise. Many are expecting that nation to be Turkey in the EUROs this summer. The Turks were excellent throughout qualification, as they finished second behind France in Group H. They won seven of the ten games that they played, which included a home victory over the world champions. Turkey also picked up a credible draw in the return game between the sides in Paris.

No nation conceded fewer goals than Turkey in qualifying, and a strong defense is often a crucial factor behind a nation having a strong run in a major tournament. The Turkish central defense partnership is made up of Leicester City’s Caglar Soyuncu and Juventus’ Merih Demiral. Burak Yilmaz will have the pressure of scoring the goals, but he comes into the EUROs after striking 16 times in Lille’s Ligue 1 winning campaign. The striker was also among the scorers in Turkey’s final warm-up victory against Moldova.

Italy come into the EURO 2020 opener having never lost a fixture against Turkey. They have won eight of the eleven meetings. However, the last two matches have ended in 1-1 draws, with the most recent of those coming in an international friendly in November 2006.

Italy have a fine record against Turkey, but it is hard to look past the positive results that Turkey have achieved against the elite nations. They have all the tools to go far in this year’s competition. Opening group games can often be tight affairs, and we expect this to be no different. Therefore, the best bet could be on the draw.