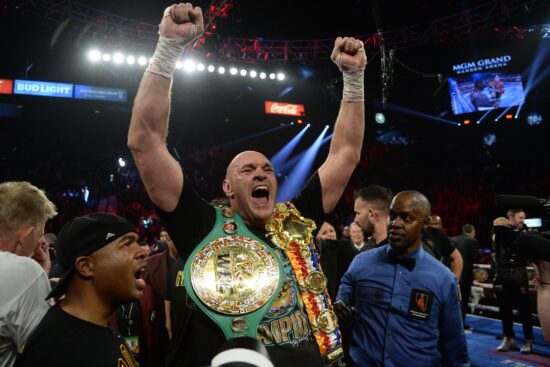 News that shook the boxing community emerged to the surface last night. Deontay Wilder will have his chance to regain his belt against Tyson Fury before the Brit clashes with Anthony Joshua.

The US judge mediating the dispute between the two boxers decided that Tyson Fury needs to meet Deontay Wilder before September 15 this year. It is the ruling that might have massive implications for the future of the heavyweight division.

Fury demolished Wilder back in February 2020, forcing his corner to stop the fight and spare the American from additional beating. At the time, Fury took the WBC belt from the Bronze Bomber, and according to their previous agreement, the two were supposed to have a rematch. That one would be their third battle in a row, noting that the first clash concluded with a draw.

Immediately following that battle, Wilder stated that he expects a rematch, while on the other side, there were no explicit answers on that topic coming from Fury. In the meantime, COVID-19 pandemics have taken over, putting on hold all the sporting events around the world.

Wilder’s team wanted to delay the fight until 2021, but their counterparts from Fury’s side had different plans, setting their sights on other rivals.

In a meditation supervised by US judge Daniel Weinstein, the two parties tried to find an acceptable solution. After the whole process failed, Weinstein ruled in Wilder’s favor, adding that the two need to meet until September 15.

Joshua vs. Fury In Danger

One day before this ruling, both Anthony Joshua and Tyson Fury revealed that they agreed to meet on August 14 in Saudi Arabia. It would be the bout for the undisputed heavyweight champion of the world.

This was supposed to be one of the biggest spectacles in boxing history, and according to some sources, the two fighters should split at least $75 million each, without all the bonuses and incentives.

After the latest development, this bout could be postponed even though most of the details have already been agreed upon.

There might be some sort of an arrangement between Wilder and Fury that allows the Brit to proceed with his current plan, but for sure, it won’t be for free. There are several ways for that to happen, and they all put Wilder in the middle of the story.

The American might step aside, but to do that, he can ask for compensation from Fury. Some sources already claim that Brit won’t accept that. Also, Wilder could allow Fury to proceed with the fight with AJ, but in return, he would receive a much more favorable contract for his clash with Fury afterward.

Don’t be surprised if the spectacle in Saudi Arabia occurs, only with one change. That is to see Wilder instead of Joshua going against Fury. The Gypsy King’s options are a bit narrowed, and it appears that all the cards are now in Wilder’s hands.