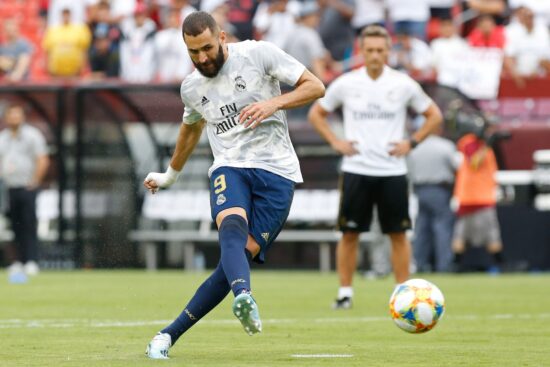 UEFA Champions League draw for the Round of 16 was the most important event in the world of sports today. The top 16 European teams found out their future opponents, with Barcelona and PSG not being pleased, at all.

The Saints haven’t (now will they) forgot the catastrophe from 2017 at Camp Nou. They demolished Barcelona with 4-0 in the first leg but managed to lose 6-1 in the rematch, conceding three goals in the final seven minutes of the match, including the stoppage time.

This had been the biggest comeback in the Champions League’s history, and one of few in all soccer competitions around the world.

However, what also makes this match interesting is Neymar’s return to the place where he won almost everything possible, and where he became a true superstar alongside Messi, Suarez, Iniesta, Xavi, and the rest of the Blaugrana players.

Liverpool didn’t have any luck today, with the Reds getting RB Leipzig as their next rival. Julian Nagelsmann’s side defeated Manchester United last Wednesday, exiting them from the UCL. The Bulls reached the semifinals last season, losing to PSG in a very close event, and that means that the Reds will have to dig deep to reach the quarterfinals.

Meanwhile, Manchester City got a bit easier task, as they meet Borussia Monchengladbach. Monch proceeded to the knockout stage with two wins over Shakhtar Donetsk, and two draws at home against Inter and Real.

After 20 years of waiting, the Eagles finally reached the Champions League’s knockout stage, but only to run into Bayern Munich. It is the worst possible opponent in entire Europe at the moment because it seems that the reigning UCL champions are playing kept the same level of performance since winning the trophy last year.

Another team from Lazio’s group, Borussia Dortmund, faces another continental title-winner from 2020, Sevilla. The Millionaires ended ahead of the Eagles, but also received a pretty hard rival. Even though Rojoblancos suffered a catastrophe at home to Chelsea, 0-4, they simply can’t be underestimated because playing knockout stages is their specialty.

Real Madrid meets the most pleasant Champions League surprise over the past two years, Atalanta. The 13-time winners didn’t thrill during the group stage at all, and they secured the Round of 16 only in the last game.

As for Atletico, Diego Simeone’s crew will have a very, very tough job. Their rival is Chelsea, who’s been playing superbly this season. The Blues were ruthless in their group, and unlike Atletico, finished first without any doubts in their advance to the next stage.

When saying “heading home,” we meant Portugal because Juventus faces Porto after today’s draw. Porto FC is far away from Ronaldo’s favorite place, because his heart belongs to one other Portuguese powerhouse, Sporting Lisboa.

It will be interesting to see the Old Lady against the Dragons. This is Andrea Pirlo’s debut in the knockout stage of any international competition as a coach, and his first big test in this role.