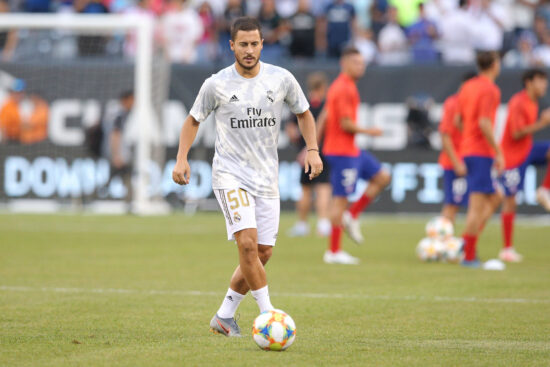 The draw for the UEFA Champions League was ruthless, and we have all eight groups completed right now.

We will make a short preview for each one with the picks for the top two places and the advance to the knockout stage.

Arguably the most bombastic one, with the draw putting Manchester City and PSG together, along with RB Leipzig and Club Brugge. The Saints are the favorites to win this group, +105, and City comes immediately after at +115. By the way, these two sides are the top favorites for winning the entire competition. Leipzig to end up on top is +900 and Brugge fantastic +10000.

This assembly has 15 UCL titles. AC Milan seven, Liverpool 6, and Porto 2. Atletico Madrid reached the finals on a couple of occasions but never took the silverware. The Reds are absolute favorites to end up first here, +120, and Atletico comes after +225. AC Milan, who is just a shadow of the club that ruled Europe in the past decades, is +550, and Porto comes last with +1100.

The most interesting and even group according to all. Borussia Dortmund is the favorite to win it, -120, but if Haaland leaves, that odds are going to change for sure. Ajax is second, +350, and Sporting comes at +550. The Turkish champs Besiktas sits last at +1000. We believe that Sporting’s quality is higher than Ajax’s, as the Dutch side slowly slides downhill, and that the Portuguese champions will finish ahead of them and go to the knockout stage.

Almost the same group as last year – Real Madrid, Inter, Shakhtar, plus Sheriff. Of course, the Moldovans have nothing to look for here; their odds to win the group are +15000. Shakhtar +1200 is slightly better, but still far away from the top duo, Real -350 and Inter +290. We don’t need to waste your time here.

Bayern Munich and Barcelona meet again, plus they have Benfica and Dynamo Kyiv in their group. Shaken Blaugrana can’t lose the pace now, and despite losing Messi, they need to advance to the knockout stage. They won’t win the group because Bayern (-166) has a much better team, and it is no wonder why the odds on Barca (+250) sit that high. Meanwhile, Benfica (+800) will search for its opportunity to surprise the dazzled Catalonians, even though they too don’t have some flashy team. Dynamo is without any chances to do anything notable, and a point here is a massive success for the Ukrainians.

Manchester United (-160) and Atalanta (+300) should be in charge in Group F. The Red Devils are awaiting Cristiano Ronaldo’s signature while we write this text, and the odds on them will change after that, be sure. The UEFA Europa League winners, Villarreal, are +600 to win the group, but we really don’t believe that they have the quality to do so, with all due respect. The Swiss champions, Young Boys +850, are hammered to the bottom.

A very even and promising group. Apart from Sevilla (+120), all other teams have equal chances to reach the knockout stage. Wolfsburg is +250 to win the group, Lille +300 and Red Bull Salzburg +450. Lilles is an experienced and solid team, and we have some feeling that the French champs are going to wind up ahead of Wolfsburg in the race for that second place.

Chelsea, the reigning UCL champs, are leading the race, -160, with Juve coming second, +180, but after Ronaldo leaves, that will be even higher. Zenit St. Petersburg is +1200 and Malmo FF +4000. The case is closed here, even before it started.