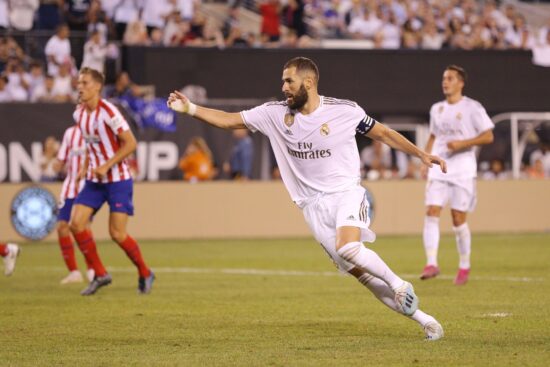 The fifth week of the Champions League was pretty exciting, with several matches drawing massive attention. Now, we are here to make a small recap, emphasizing those who improved their situation after Tuesday and Wednesday’s contests and those who made it more complicated.

With a 1-3 win over the Red Devils at Old Trafford, PSG avoided potential problems in the group stage’s final round. They only need to win against Istanbul to clinch the top spot in Group H. Judging by the way Turks play on the road, that won’t be too big of a problem for the Saints. This was arguably their biggest test of the entire year, and they managed to pass it with the highest possible grade.

What is also important for Tomas Tuchel and his side is that Neymar netted twice, which will be a great boost of morale for the Brazilian superstar. He was struggling lately, but these two hits should create a swing for the fantastic forward.

Nerazzurri and Antonio Conte avoided elimination in Monchengladbach, beating Borussia 2-3 and drastically improving their chances for reaching the next stage. The situation is simple for them, Real needs to rout Borussia; they need to defeat Shakhtar, and Inter is in the knockout stage.

If, by any chance, Real slips, Inter could let Shakhtar win and allow the Ukrainians to jump over the Los Blancos in the standings. So, that is a pretty solid motive for the Madridians to go full speed right from the start.

Austrian powerhouse defeated both Lokomotiv and the Russian winter, putting themselves in a very good position. RB has everything in its hands in the final round, with Atletico Madrid visiting Salzburg, and the only thing they need to do is win.

Of course, that is much easier to say than do, but still, we repeat the Bulls have everything in their hands.

Again, Solskajer and his team delivered frustration to their fans. Instead of catching the positive wave after a miraculous comeback in Southampton, the Red Devils suffered yet another slap in the face at home.

The claims about United having troubles once needing to attack are receiving more and more backup, and the pressure on Solskajer is just getting bigger and bigger.

We are really starting to believe that Cristiano Ronaldo was the key to all Zidane’s results during his first stint at Bernabeu. The French coach struggles a lot since the Portuguese left, and even though Real won La Liga during the previous season, his tactics and the overall performances of Los Blancos are very questionable.

A 2-0 defeat in Ukraine only adds more fuel to such speculations, and we can’t believe that the most successful team in the history of the Champions League managed to embarrass themselves as they did on Tuesday.

We’ve put the other team from Madrid here because they missed a perfect opportunity for clinching the Round of 16 berth against shorthanded Bayern Munich, playing just 1-1 against the champs at Wanda Metropolitan. For a team of Atletico’s status, this was a very disappointing outcome having in mind Bayern arrived in town without the majority of the starting lineup.