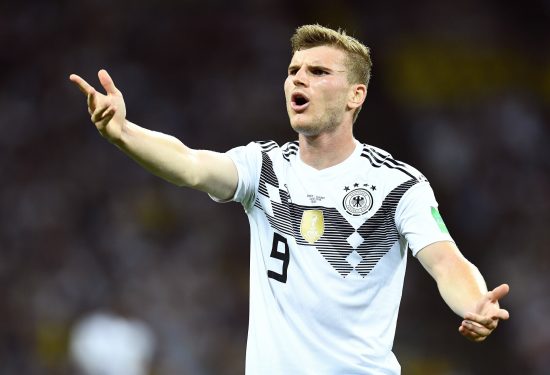 The highlight of the entire UEFA Nations League round is the match between Spain and Germany.

This contest decides which one of these two teams advances to the closing stages of this competition. At the moment, Germany has a one-point separation from the hosts, and are in a position to be satisfied with a draw, which can’t be said for the Red Fury. Since Tuesday’s game is the last one in the group stage, we expect to see one eventful match, which is a tradition once these two soccer powerhouses met.

Where, When, and How to Watch Spain vs. Germany

Right now, the former European and World champs haven’t won for three straight matches, five in their last seven. We are aware that Spain posted just one loss during that stretch, but still, this is terrible for a team of such a high reputation.

Lack of productivity is their main problem, with just three games over the past 10 in which Red Fury netted twice or more. Alvaro Morata is not in shape, while their midfield players look ineffective once approaching near the rival’s box.

Sergio Ramos’ humiliation in Switzerland, with Real’s captain missing two penalty kicks, pretty much summarizes everything when it comes to scoring in the Spanish crew. With all due respect, having a defender taking penalties is not common at all, particularly in a team filled with superstars.

Die Mannschaft has 12 straight events without a loss, but five of those were draws. Three of those draws happened in the UNL, and that is the reason why we aren’t thrilled with Germany’s recent performances.

Joachim Low experimented a lot, but sometimes the German coach frustrates his fans with variations and some “inventive” tactical approaches. The game against the Czech Republic was torture for the spectators, and the one against Ukraine started in the same manner.

However, the Germans bounced back, managing to turn the result upside down and earn a 3-1 win, with an unreasonable slowdown in the latter phase of the event. Those oscillations could hurt Low’s side at some point. We saw how they ended up the World Cup adventure, and don’t be surprised if the same happens at EURO. Their group is by far the toughest in the entire championship.

Overall, the two nations met 24 times, with the Germans holding a slight advantage over the Spaniards, 9-7. The remaining eight events saw draws.

The first leg in this UNL edition saw a 1-1 draw, with Werner scoring for the hosts, and Gaya equalizing in the sixth minute of the stoppage time.

Spain plays inefficient games and tries to win matches with hard defense. They take the ball and protect it from the rivals, slowing down the tempo, which, of course, brings low productivity. Germans, as said before, are inconsistent, and that reflects the efficiency of their events. Therefore, moderate number of goals here, meaning two or three, is the most realistic.