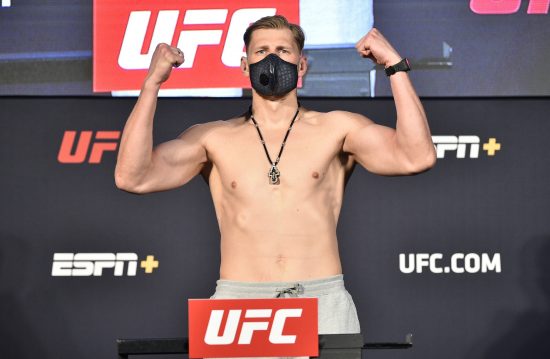 UFC 254 is stuffed with superb fights, and apart from the main event, VegasOdds.com will make previews for other main card fights. Among them is the heavyweight bout between Alexander Volkov and Walt Harris.

With both guys coming into this match following respective losses, this is a very important bout for their future. Volkov and Harris are top 10 heavyweights, but rank in the middle of the top echelon. A loss here, would most definitely shud down any talks about a title-fight for either of the participants. Basically, Volkov and Harris have no right to lose, and that makes this fight interesting.

Where, When and How to Watch Alexander Volkov vs. Walt Harris

Volkov to Prove his Worth

Many believe that Russian is no longer one of the top heavyweights. A gatekeeper, maybe, but a guy who’s able to challenge big names in the division defiantly not.

After the recent three fights, they have every right to think like that, because Volkov posted two losses and a win against guys with a similar status. Derrick Lewis knocked him out in the last moments of the battle, even though Volkov had a lead, and in the most recent match, Curtis Blaydes was confident against the Russian winning via unanimous decision.

In between, Volkov defeated Greg Hardy also via unanimous decision, but he didn’t excite anyone with his performance against Hardy, who was way below his best shape.

Harris Wants an Immediate Bounce Back

After a turbulent period, filled with personal problems, Walt Harris lost his first match following three wins. It was a headliner of the UFC on ESPN 8, against Alistair Overeem, and a contest that could have easily gone his favor.

Harris was dominating in the opening phase of the fight, hurting Overeem a lot, but the Dutch veteran and one of the best ever managed to squeeze out from this tough situation, survive, and eventually beat his rival.

Prior to that event, Vault defeated Aleksei Oleinik in just 12 seconds and Sergey Spivak after 50 seconds. He was on the rise, but as we already said, off-sport matters affected him before this fight.

Volkov met Blaydes recently, who has a similar style of fighting as Harris. The Russian didn’t have a good experience at all. He was inferior throughout most of the time, with his back against the ground enduring Blaydes’ wrestling.

For us, Harris is even stronger than Blaydes and will most definitely try to use that fact. We need to add, that Vault is not as skilled wrestler as Blaydes, but we expect him to copy the same approach and tactics as his younger compatriot.

Meanwhile, Volkov will have to keep the distance between him and the rival with his strong kicks and punches, otherwise, another unpleasant episode is ahead of him.

After reviewing the entire situation, we have our eye on Harris as the winner here, because he looks much more convincing than Volkov, who struggled in all his recent challenges.