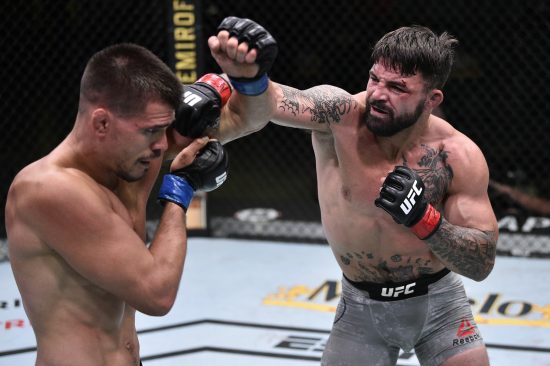 UFC 255 takes place this weekend, and it looks set to be a thrilling night of MMA action for fans to look forward to. The biggest fights on the card will see Deiveson Figueirdo vs Alex Perez and Valentina Shevchenko vs Jennifer Maia. However, there is another outstanding match up that catches the attention on the undercard between Mike Perry and Tim Means.

There is no doubt that Mike Perry is one of the most entertaining fighters in the UFC, as he has won two Performance of the Night awards and two Fight of the Night awards in the last three years. However, the 29-year-old has struggled for consistency in his results that will see him emerge as a genuine title contender in the welterweight division.

He will be looking to kick on from the win that he picked up last time out against Mickey Gall back in June. Perry won that fight by unanimous decision, which ended a sequence of two straight defeats in the octagon. Those defeats came against Vicente Luque and Geoff Neal, with the latter of those seeing Perry knocked out in the first round.

Means Experience Could Be Crucial

Perry will be outmatched when it comes to experience in this fight, as Means will be stepping into the octagon for the 45th time this weekend. It will also be his third fight this calendar year. So far this year, he has won once and lost once. His defeat came back in February as he suffered a submission defeat to Daniel Rodriguez.

However, he was able to bounce back to winning ways and earn a second win in three by beating Laureano Staropoli by unanimous decision. Like Perry, the majority of Means wins have come by knockout, as he has won on 19 occasions by this method throughout his career.

However, his last knockout success came two years ago against Ricky Rainey. He has only lost by knockout on two occasions. It’s fairly clear that both fighters will be looking to end the fight within the distance.