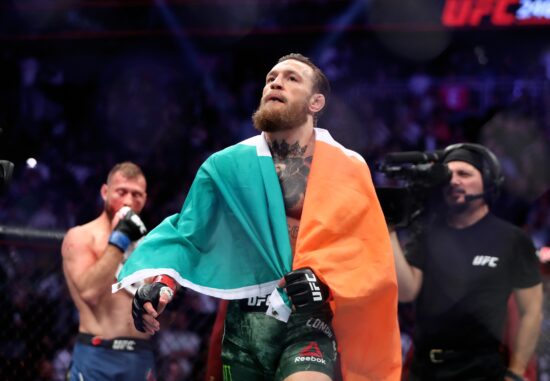 The biggest night of action in the UFC for a year takes place on Saturday evening, as Conor McGregor returns to the octagon to take on long-time rival Dustin Poirier. The Irishman is considered the heavy favourite in the outright betting at UFC 257, but there are also a number of props specials that MMA fans will be able to consider for the huge night of action.

There are a number of special betting markets available for the huge night of action with some of the leading sportsbooks. You can see some of the odds for the most popular markets below.

The odds would indicate that the most likely way for the fight between McGregor and Poirier to end would be with a KO victory for the Irishman. McGregor has won 19 of his 22 victories by this method, with the most recent of those coming 12 months ago against Donald Cerrone. The Irishman also finished Dustin Poirier with TKO punches in the first fight between the athletes in September 2014.

He beat Cerrone in the first round in January last year, and beat Eddie Alvarez in the second round of their fight in November 2016. First round finishes have been a speciality for McGregor throughout his career, as 14 of the 22 wins that he has achieved have come in the opening round.

There is a feeling that McGregor will look to put on a show on his big return to the octagon, and that is indicated by the under 2.5 rounds bet being the heavy favourite. However, all three of Poirier’s previous fights have gone to at least the third round, which includes the defeat he suffered against Khabib Nurmagomedov. Meanwhile, he has been taken to a decision on nine of his 33 fights.