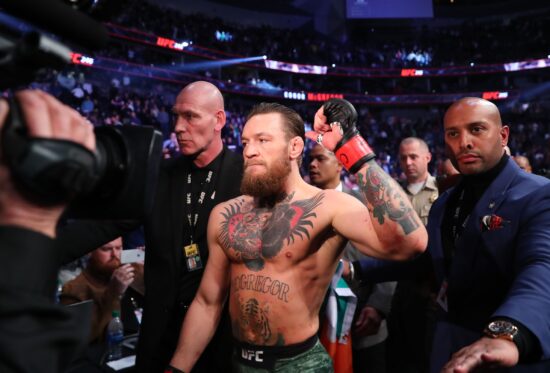 One of the biggest nights on the UFC calendar takes place on the 23rd January, as Conor McGregor finally makes his long-awaited return to the octagon. It has been nearly 12 months since the Irishman last competed in the UFC, but will he be able to return with a massive win over his long-time rival Dustin Poirier?

There have been a lot of questions asked regarding what the future held for McGregor, with many questioning whether his time in UFC was over. There have been rumours for months indicating that the Irishman was looking forward to a boxing showdown with Manny Pacquiao, and that could still be the long-term plan. However, before any mega-fight with the Filipino, there will be a lightweight showdown with Dustin Poirier to look forward to. Social media messages between the two indicated that they were ready to fight again at the end of last year, which led to Dana White sanctioning the return of McGregor in the UFC.

The Irishman hasn’t fought in the octagon for nearly 12 months, with his first fight for two years taking place at the end of January last year. On that occasion, McGregor didn’t look as though he had missed a step, as he beat Donald Cerrone by TKO in the opening round. There is no denying that there will be huge excitement surrounding the return of the former lightweight and featherweight champion, and there have also been rumours that this fight against Poirier could be for a title.

The aim for Poirier will be vindication, as he looks to avenge a defeat that he suffered against McGregor. The former lightweight champion is seen as the second-best UFC fighter in the division according to the rankings, but was beaten by the Irishman as UFC 178 in 2014. McGregor beat Poirier by TKO in the first round on that evening. Since that defeat, Poirier has learnt his lessons, and has become a much more difficult opponent to beat.

He has won eleven of his 14 fights, with his most recent defeat coming at UFC 242 against Khabib Nurmagomedov. Poirier would have likely learned more about himself in the submission defeat against one of the fighters that many consider being one of the best of all-time. He returned to the octagon back in June, as he beat Dan Hooker by unanimous decision in Las Vegas.

How to Watch McGregor vs Poirier Fight

The only way to stream McGregor vs Poirier 2 live is on ESPN+ PPV. Check out our guide on exactly how to do that.

Furthermore, Dana White has promised a “surprise” on his Instagram for those streaming the fight illegally this year.

It has been 12 months since McGregor’s last fight, but he will still come into this contest as the heavy favourite to record an early win. Poirier’s last fight was only seven months ago, so he should be the fresher of the two fighters. Regardless, it is hard to see past McGregor delivering a masterclass of a performance to indicate his return to UFC at the highest level.