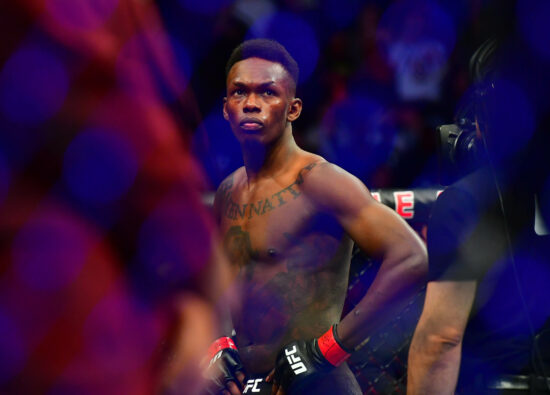 This weekend is set to showcase yet another hugely exciting UFC PPV event.

UFC 263, which is scheduled to take place at the Gila River Arena in Arizona, will see 14 fights take place across the event’s early prelims, prelims, and main card.

With Saturday night’s main card expected to be opened by light heavyweights Paul Craig and Jamahal Hill, fight fans are likely to treated to an enthralling show from start to finish.

Following on from Craig vs. Hill, a double helping of welterweight action is then expected to ensue.

Jiu-Jitsu ace Damian Maia is set to take on Belal Muhammad before ‘Rocky’ Edwards welcomes fan-favorite Diaz back to the octagon following a near two-year-long layoff.

Co-headlining the promotion’s latest PPV event will see a rematch between Deiveson Figueiredo and Brandon Moreno for the flyweight title.

Capping the exciting main card off in true UFC style, middleweight king Adesanya will face Italian Vettori in what will be a re-run of the pair’s 2018 encounter.

Craig, who boasts a stacked frame, is an exceptionally hard hitter and even better on the ground.

Despite coming in as one of the event’s biggest underdogs, we’re backing the more experienced veteran to be the fighter to get his hand raised.

The second fight on UFC 263’s main card will see an old veteran take on one of the promotion’s rising stars.

Despite recently suffering an unfortunate no-contest result against Edwards, Muhammad will rightfully come into Saturday’s bout as the overwhelming favorite.

Currently riding an impressive five-fight unbeaten streak, we expect the Chicago-born striker to get one over on the rapidly declining Maia.

Edwards and Diaz will be the UFC’s first-ever fight that is a non-title bout or co-main event to showcase five grueling rounds.

Coming back after a near 48 month layoff, Diaz will be keen to impress.

However, following on from a huge rise that sees his English opponent on a stunning six-year-long unbeaten run, beating ‘Rocky’ will not be an easy task.

This one has ‘Fight of the Night’ written all over it!

Just six months after the pair’s enthralling encounter at UFC 256, which eventually ended in a majority draw, Figueiredo is set to defend his flyweight strap against Moreno once again.

Virtually impossible to call, we’re going to stick our necks on the line and call another underdog win, which will, in turn, see the 125lb belt change hands.

Set to conclude what should be a night of jam-packed action, Nigerian kickboxer Adesanya will take on rising contender Vettori in an exciting rematch.

All through the lead-up to Saturday’s main event, the animosity between the pair has been bubbling beneath the surface with fight fans eager to see which fighter will come out on top.

Vettori is likely to execute a game plan which will include grappling and wrestling, whereas Adesanya will almost certainly look to rely on his striking from range.

UFC 263’s main event is another exceptionally tough fight to call, but we’re going for the dog, once again.