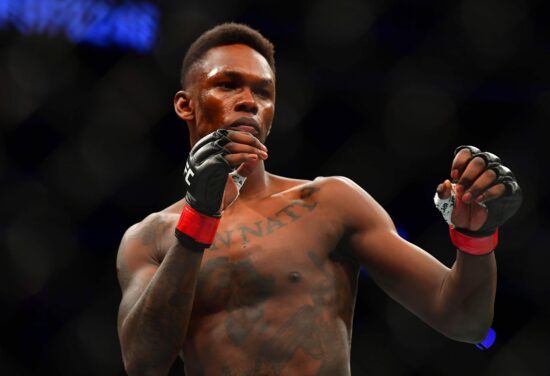 The lineup for the UFC 276 main card was officially confirmed a few days ago, and the MMA fans are thrilled with the battles that take place at T-Mobile Arena, Las Vegas, on July 2.

Two title bouts are on the menu. Israel Adesanya defends his middleweight crown against Jared Cannonier, while Alexander Volkanovski and Max Holloway close the trilogy in the contest for the featherweight throne.

Champions Favorites to Defend Their Titles

The Last Stylebender successfully recovered from the loss against Jan Blachowicz, with back-to-back unanimous decision wins against Marvin Vettori and Robert Whittaker. Adesanya (22-1 MMA, 11-1 UFC) now meets Jared Cannonier (15-5 MMA, 8-5 UFC), who is in excellent shape, winning five of his last six bouts and earning the chance to fight for the belt.

The second title bout is between the reigning featherweight champion, Alexander Volkanovski (24-1 MMA, 11-0 UFC), and the former, Max Holloway (23-6 MMA, 19-6 UFC). The two met already twice, and on both occasions, the Aussie got out as the winner.

Only, the second fight ended with a split decision, a highly controversial for many, as there was the overall impression in the MMA community that Volkanovski didn’t deserve to win.

Besides the headliner, we have three more middleweight meetings at the UFC 276. The most interesting should be between Sean Strickland, who is a rising force in the division, and Alex Pereira, a new face in the UFC, but a guy with massive combat sports experience. Formerly a kickboxer, Pereira holds numerous accolades and is the guy who beat Adesanya twice in the ring, once knocking out cold the Last Stylebender.

Veteran Uriah Hall faces Andre Muniz, while Brad Tavares takes on the South African, Dricus du Plessis. All these bouts could have a major impact on the rankings and further implications for the division’s future.

Robbie Lawler is back into the ring following his win over Nick Diaz. The former welterweight champ meets Bryan Barbarena. Even with the age of 40 and just one victory in the past five events, Lawler isn’t giving up.

Sean O’Malley continues his quest in the bantamweight division against one respectable name – Pedro Munhoz. After his vicious loss to Marlon Vera, O’Malley bounced back with three wins in a row, and this is his second big test in the organization.

Three Ladies’ Fights on the Card

The women’s flyweight division will have two bouts at the UFC 276.

The first is between Jessica Eye and Maycee Barber, while the second includes Lauren Murphy and the former UFC bantamweight champion, Miesha Tate.

Jessica-Rose Clark and Julija Stoliarenko will face in a ladies’ bantamweight bout.