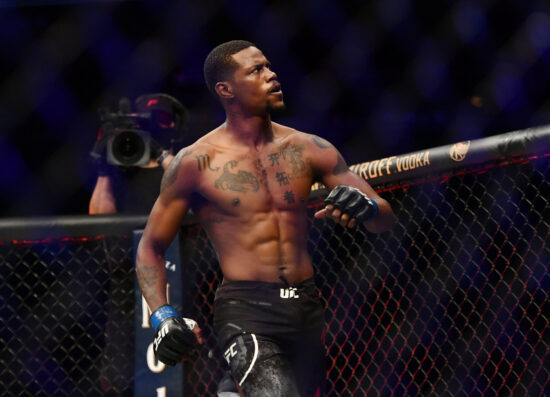 If you’re in search of some UFC 279 predictions, look no further – Vegas Odds has you covered!

Khamzat Chimaev was originally scheduled to face Nate Diaz in a main-event welterweight clash, however, after missing weight by nearly 10 lbs, Diaz rightfully refused, paving the way for a new main-event and co-main event to take place.

Not only that but Kevin Holland, who was booked to face Daniel Rodriguez, was one fighter heavily involved in a physical altercation behind-the-scenes in the lead-up to UFC 279’s obligatory press conference. Reports have claimed that Chimaev kicked Holland in the chest before the pair were set to go on stage. Violence then broke out, leaving the press conference in disarray and Dana White with no choice but to reassess September’s pay-per-view.

Rodriguez will now take on Li Jingliang, Chimaev will square off against Holland, and Diaz will take on veteran and fellow fan-favorite Tony Ferguson.

Our full preview for Saturday night’s Main Card headliner between Diaz and Ferguson can be found here, but in this article, we are going to look at the co-main.

After he missed weight by 8.5 lbs, it is very obvious that Chimaev did not prepare properly for Saturday’s UFC 279 main event.

Booked to face Diaz, who is expected to part ways with the UFC after this weekend’s pay-per-view, Chimaev probably thought he was capable of winning with his eyes closed.

However, now forced to change opponents with just 24 hours to go, Chimaev must prepare for a younger, hungrier, and more technically gifted fighter.

Kevin Holland may not be in contention to be crowned the promotion’s number one pound-for-pound fighter any time soon, but his game has certainly improved since he moved down from middleweight.

Currently on a two-fight win streak, Holland is building some genuine momentum at 170 lb, and although UFC 279’s co-main event will be at catchweight, it is very possible that Chimaev will encounter problems with Holland that he may not necessarily have come across with Diaz.

Whether or not Holland is able to shock the MMA community remains to be seen, but one thing is for sure, when it comes to potential banana skins, Holland has a greater chance of pulling off an upset against the unbeaten Chimaev than Diaz did.

Given his ridiculous record, as well as the fact this one is at a heavy catchweight weight, it is virtually impossible to back anything other than a Chimaev victory.

Holland is decent in the clinch but can he stop ‘The Wolf’ from taking the fight to wherever he wants it to go?

That is going to be this fight’s big question and one fans will probably have answered within the fight’s first few minutes.

If Chimaev can get his American opponent down to the mat early, that would already be the beginning of the end for Holland.