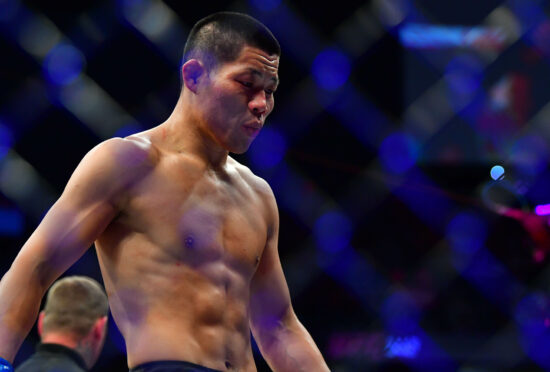 If you’re in search of some UFC 279 predictions, look no further – Vegas Odds has you covered!

All hell broke lose on Friday after Khamzat Chimaev missed weight by nearly 10 lbs and a shocking altercation took place behind-the-scenes which left Dana White with no choice but to make some big changes in the UFC 279 fight card.

Nate Diaz will take on Tony Ferguson in the main event, with Khamzat Chimaev Chimaev vs Kevin Holland serving as the co-main event.

Ferguson was supposed to be Li’s opponent at UFC 279. However, as a result of the problems leading up to UFC 279’s press conference, ‘The Leech’ has now got himself a new opponent. The man in question is Daniel “D-Rod” Rodriguez, who just two days ago thought he was going to be fighting Holland.

Even though we have already previewed Saturday night’s new main event, as well as the co-main, but in this article, we are going to take a closer look at Li vs Rodriguez.

Daniel Rodriguez is bigger than Li Jingliang in the literary sense of the word. The two are the same height, but ‘D-Rod’ is almost 10 lbs heavier than ‘The Leech’.

Until yesterday afternoon, Li thought he was going to fight Ferguson whose record since 2019 is 0-4 but now Li finds himself facing a knockout artist who’s won his previous three fights.

On the bright side for the Chinese fighter, he’s got a pretty decent record against prolific strikers. For instance, his two previous wins were against Muslim Salikhov and Santiago Ponzinibbio, both of whom are famous for their hard punches and kicks.

Daniel Rodriguez is the Betting Favorite

Both fighters are great strikers, and both are still without a single loss by KO/ TKO. That probably isn’t going to change for Daniel Rodriguez – we don’t think ‘The Leech’ can put him to sleep.

But can ‘D-Rod’ knock his opponent out? – Well, he did it against eight opponents so far, which accounts for 50% of his wins. Still, the fact is that four of his previous five wins came on points, suggesting that the same scenario might play out this evening as well.

Although Rodriguez does look capable of beating Li inside the distance, we might see him go with a more cautious approach at UFC 279.

Daniel Rodriguez is favored by the bookies for a reason. He’s heavier than any of the fighters ‘The Leech’ has fought so far. Skill-wise, he might not be much better than Li, but the sheer power of Rodriguez’s strikes should be enough to hinder his opponent.

Whether this will be enough to put Li to sleep, we’re not so sure. Actually, we think the Chinese fighter will survive until the final bell.