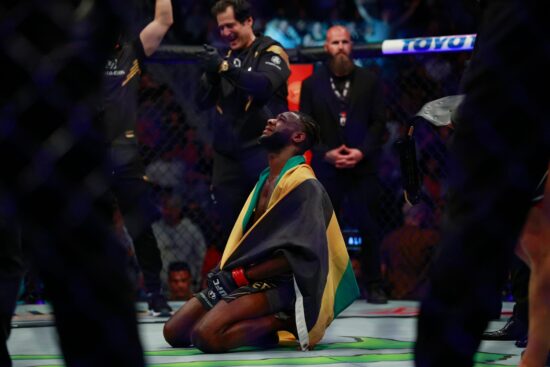 VegasOdds is locked in on UFC 280 predictions, headlined by the Charles Oliveira vs Islam Makhachev preview. While Oliveira vs. Makhachev is going to be a great one, the bout between Aljo Sterling and T.J. Dillashaw has a solid chance to steal the show with apologies to Petr Yan vs. Sean O’Malley.

The fight odds obviously favor the defending champion Sterling, but perhaps not by as much as you’d might think for a guy who is ranked #7 in the UFC pound-for-pound standings. Sterling won the bantamweight title after an illegal knee DQ’d Petr Yan at UFC 259 and defended it against Yan in a controversial split decision at UFC 273.

Dillashaw has been to the top of the bantamweight division before – twice actually. He held the title originally from May 2014 until a decision loss to Dominick Cruz in January 2016. He reclaimed the title in November 2017 before getting knocked out 0:32 into his bout with Henry Cejudo in January 2019.

If we knew Dillashaw was going to win this, a bet for the fight to be a finish would be the way to go. Dillashaw is 17-4, with 11 of those wins coming early (8 KO’s, 3 Subs). Since Sterling is the likely winner here, the odds favor that the fight goes the distance. Funk Master is 21-3 in his MMA career and 10 of those wins have gone to the judges.

This is a title bout so it’s a five-round fight. Sterling fights often go to the judges, but it’s not like he can’t finish like he did 1:28 into the bout with Cory Sandhagen at UFC 250. It’s also not guaranteed that Sterling wins this bout based on the Vegas odds, and we’ve seen Dillashaw with some pretty amazing KOs over Cody Garbrandt at UFC 217 and 227 while also opening himself up for the knockout not even a minute in against Cejudo.

When you successfully handicap a fight there’s a lot of money to be made. Both Sterling and Dillashaw have finish ability, so if you go all in on that route the odds are definitely in your favor in this fight. The great thing is that you don’t even need to be right on which fighter gets the KO or the SUB, just whether it comes early or late.

It’s obvious that the Vegas odds are pretty sure this one is going to the judges. Dillashaw has only fought once since January 2019 so it’s possible he goes for the big one here and/or opens himself up to a finish from Sterling. Yes this coming down to points is likely – but not guaranteed.

UFC Predictions: Aljo Sterling to Win Inside the Distance

Dillashaw could be battling a bit of ring rust here having not fought since his split decision win over Cory Sandhagen in July of 2021. Sterling has a big advantage of seeing what Petr Yan does earlier in the night against Sean O’Malley. If Yan wins, Sterling is going to come out and dominate Dillashaw to prove he’s ready to wrap up the trilogy in a future third fight with “No Mercy”.

Knockout or decision, inside the distance from Aljo seems to be the angle to attack for these Sterling vs Dillashaw props.