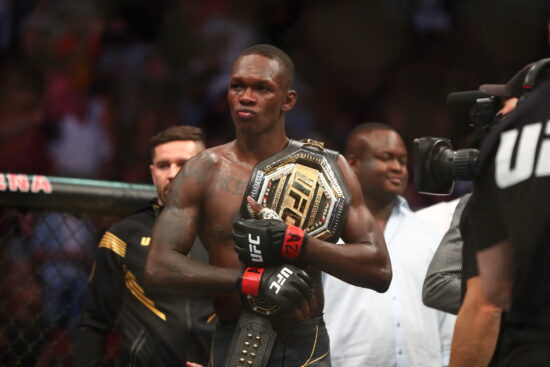 Two fierce adversaries who go way back will meet again. Israel Adesanya and Alex Pereira are going to square off at the UFC 281, and write another chapter of their rivalry.

The middleweight champion and one of the most dominant fighters in today’s MMA world, Adesanya, is a solid favorite according to the opening odds. His win is priced at -170, while on the other side, Pereira is +145 to dethrone the champ.

Though, we have to say that there are certain differences in odds when checking all the brands, and some are, for instance, placing Adesanya’s win at -150, while others put Pereira at +160.

Too Early For This Fight?

This bout has been in the making for a while, and it seems that the pressure of the public forced the organization to book it. Many analysts agree that Pereira didn’t have proper preparation for Adesanya. The Brazilian did defeat Sean Strickland back at the UFC 276 in early July, but before that, he only had six more fights.

The way Pereira dismantled Strickland, one of the possible title challengers, was impressive, as he knocked out the rival midway through the first round. However, it was only the third bout the former kickboxing champion had in the UFC. Pereira’s record in the MMA is 5-1, 3-0 in the UFC.

On the other side, we have Adesanya, who is pretty much a veteran in the organization, and one of the most recognizable faces. At the moment, Izzy has 23 wins and one loss but has been undefeated in the middleweight since becoming a pro.

He had three successful appearances in the octagon since losing to Jan Blachowicz in the light heavyweight title bout. Izzy was better than Marvin Vettori, Robert Whittaker, and Jared Cannonier, all via unanimous decision.

Izzy is the favorite, and we believe his MMA experience will do the job here.

Pereira did beat the Last Stylebender in the past, in fact, he did that twice, but we need to say that kickboxing is much different than the UFC. Therefore, Izzy should win this one.