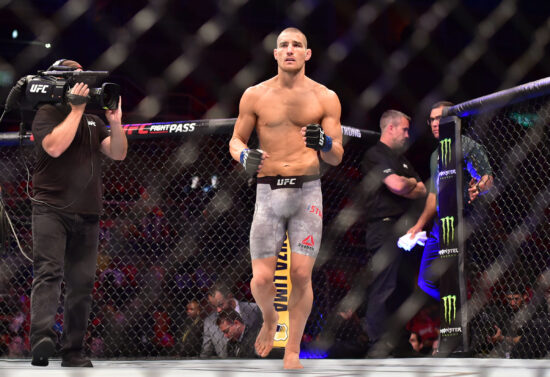 One fighter who has taken the opportunity and offer to step in on short notice has been fellow contender Belal Muhammad.

Muhammad followed his offer up with an explanation as to why he is so keen to face the American.

Following recent and derogatory comments made by Strickland regarding Palestine, a country Muhammad shares citizenship of, the unranked fight revealed how he would like to exact his revenge.

Despite his best efforts though, Muhammad looks set to miss out on the chance to face Strickland after the number seven ranked middleweight took to his Instagram and respond to the recent call-out.

Listen, Belal Muhammad, I heard you’re running your f***ing mouth. Last time you were in Vegas, I tried to spar you ’cause I knew you were a little f***ing b**ch and I wanted to hurt you, and it was a good excuse to do it.

Now that you’re running your mouth, the next time I see you, I could just f***ing backhand you. Thank you for giving me the opportunity you little f***ing p*s*y.

You beat Luke Rockhold and it artificially bumps you up into like a 2-3 spot where you beat the next guy and you get a title shot.

I don’t give a f**k about rankings. They’re so many savages in our ranks but we are all in this fight for the belt.

There’s a card in California in January, a couple of my buddies might be on it, and I wouldn’t mind fighting in my home state. It’s right where I grew up. I would like the fight carry weight.

If I fight I want the fight to mean something, to potentially put me in line for a title shot, because that’s why we are here.