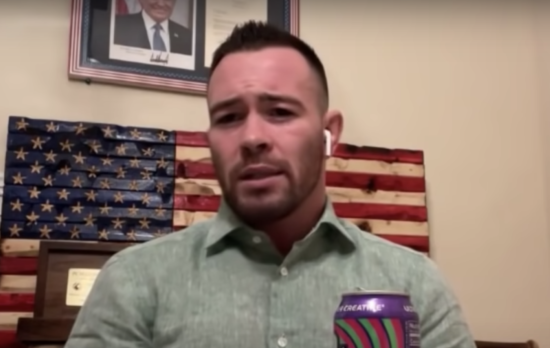 Having already fought Usman for the right to be crowned the welterweight division’s champion back in 2019, after being widely regarded as the Nigerian’s toughest opponent to date, Covington will now face the welterweight king for a second time later this year.

The news that that the opinion-splitting American is set for a second title showdown at UFC 268 was confirmed by ESPN on Monday.

Clearly, with the animosity still rife between the two, the first installment of pre-fight trash talk comes by way of Covington who has shockingly claimed his rival has been cheating for quite some time.

It’s so obvious. His chemical imbalance, his body. He’s got the pimples all over his back, all over his face. You’re a 35-year old man, you’re not going through puberty like you’re in your teens anymore. You should not be having that chemical imbalance and that breakout. That’s from his testosterone being out of whack, and his estrogen and his testosterone levels being out of whack.

So, he is the CEO of EPO. I’ve heard firsthand from some people that he trained with, some people that I might’ve went to wrestle in college with that said the same thing. They could verify that he has done EPO and he’s injected in his ass.