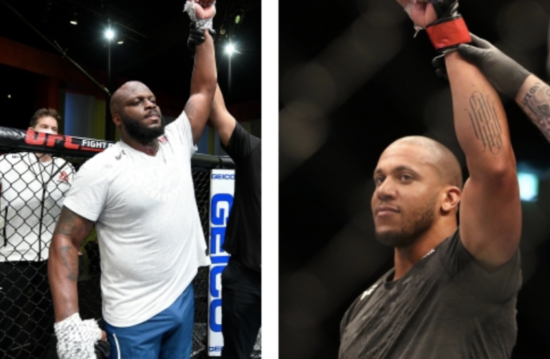 In fact, the heavyweights are set to headline the pay-per-view event for the division’s interim title.

Despite current champion Francis Ngannou only winning the title from Stipe Miocic in March this year, White and co. have decided to introduce an unusual interim belt.

Fresh off the back of a five-round Fight Night main-event against Alexander Volkov, French contender Gane, who saw his unbeaten run extended to 9-0 last weekend, will now fight Lewis for the interim title.

The news, which has come out of nowhere, will see Lewis swap opponents.

White confirmed earlier this year that the American ‘Black Beast’ is next in line to challenge Ngannou, however, Monday’s news seems to have put pay to those plans.

Seemingly caught off guard by the news that Ngannou’s next challenger will now be facing Gane, ‘The Predator’s’ camp have spoken publicly of their shock.

This comes as a complete shock.

To make an interim title so soon, if you look at the history of this division, it comes as a surprise.

We hope to get clarity and figure out something with the UFC soon.

It hasn’t just been Martin who has had his say though.

The champion and man-mountain himself recently took to his official social media to give his own thoughts.

Seemingly unhappy with the decision to introduce an interim belt – especially when he wasn’t granted the opportunity prior to becoming champion, Ngannou’s tweet clearly has a tone of discontent about it.

While some fight fans may be happy to learn that the unbeaten Gane will take on one of the sport’s most violent brawlers, others may be wondering how the likes of former champ Stipe Miocic and pound-for-pound great Jon Jones fit into the mix.

Could number one ranked Miocic be the man to finally welcome former light heavyweight champion Jones to the heavyweight division, or will ‘Bones’ go straight into a title fight against Ngannou?

Well, although confirmation of Jones’ heavyweight debut has still yet to come, news that two of the division’s top contenders are now tied up will certainly offer fans of Jones a huge boost.