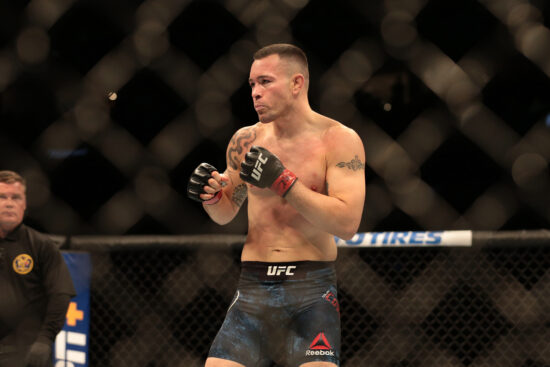 UFC 264, set to be showcased at the T-Mobile Arena in Las Vegas, will see the lightweight studs go head-to-head for a second time this year.

After first clashing all the way back in 2014, UFC 178 saw the Irish superstar claim an excellent first-round knockout win.

However, following the pair’s seven-year-long rematch in the making earlier this year, it was to be Poirier who came out on top and level proceedings.

Unquestionably a much better fighter now than he was when the two men met in 2014, Poirier is a stern test for any fighter at 155lb.

In what will be a tense trilogy bout to finally decide which fighter holds the key over the other, Poirier and McGregor will meet in Saturday’s main event.

Following on from a convincing and fairly dominant performance during the pair’s rematch, Poirier will come into UFC 264’s main event as the slight betting favorite – and rightfully so.

McGregor’s only win in the last five years has come against an aging Donald Cerrone, whereas Poirier has only lost twice but claimed seven victories, in the same time period.

Nevertheless, this is mixed martial arts and as fans are often reminded – anything can happen.

Here is how the bookmakers are currently pricing the fight’s markets.

Opinion-splitter Colby Covington is expected to face Kamaru Usman in a welterweight title rematch at some point in the near future, however, a confirmed date for the pair’s showdown has yet to be announced.

Keeping himself occupied while the UFC finalizes his next fight, speaking ahead of what is likely to be the biggest fight of the year, Covington has become the latest big name to weigh in on the rivalry between Poirier and McGregor.

Covington is a former training partner of Poirier but the pair aren’t on great terms. Despite their differences though, the American has tipped his old partner to get the job done this weekend.

Dubbed ‘Chaos’, the American wrestler generally lives up to his name. Best known for his outlandish behavior and often brutal public opinions, the all-American powerhouse has one again not held back in his assessment of Poirier’s opponent – a seemingly declining McGregor.

Speaking recently to MMA Fighting, Covington feels the McGregor that fans see nowadays is a far cry from the one that became a sporting pioneer while en route to becoming the UFC’s inaugural two-weight champion, six years ago.

Yeah, he’ll [Poirier] probably beat Conor again. But, I mean, what is that saying?

You’re beating a guy that has no motivation left in the sport. And I love Conor. He’s had a great career, done great things in the sport, but you’re time’s up, too.

It’s just not the same hungry Conor from a couple of years ago. It’s a different Conor towards the end of his journey and it’s not saying much to beat him anymore.

Should Covington’s prediction prove to be right, a win for Poirier will certainly secure a title matchup against new champion Charles Oliviera.

Should Covington’s ex-training partner overcome McGregor, fight fans will be left wondering where the Irish megastar goes from here.

Expected to still have three more fights on his contract, including UFC 264’s main event, some may speculate McGregor could put in one final title charge, regardless of Saturday’s outcome.

However, before the Irishman hangs up his gloves, whenever that may be, virtually every fan will be forgiven for hoping for a trilogy bout against Nate Diaz somehow finds a way to be agreed.

UFC 264 is scheduled to begin at 6:15 p.m. ET and can be watched exclusively on UFC Fight Pass and ESPN+.