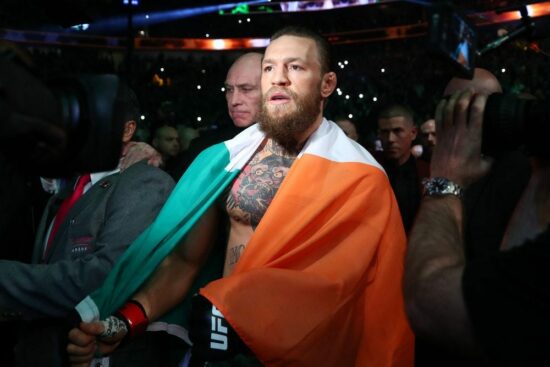 UFC superstar Conor McGregor is currently recovering from a broken leg sustained during his UFC 264 fight against Dustin Poirier.

Despite losing to Poirier twice during 2021, the pair’s last fight ended in contentious fashion after McGregor was forced to withdraw at the end of the Main Event’s first round due to a lower leg break.

Although the Irishman is not expected to return to action until at least the summer of next year, that hasn’t stopped him from declaring war on whoever is at the top of the division come that time.

Failure to defend the title he won after defeating Michael Chandler earlier this year, Oliviera losing to Poirier this month could see McGregor step up his recovery in an attempt to secure what would be a hugely controversial title shot.