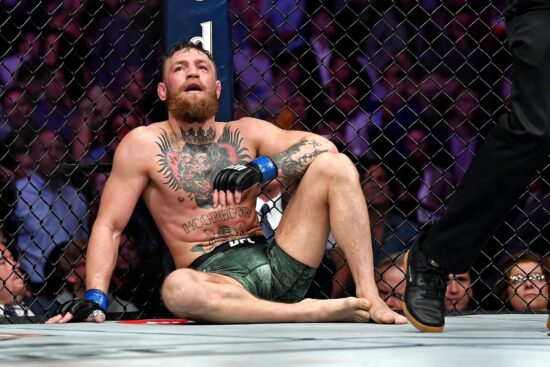 Where to begin with this one…

UFC lightweight and fighting superstar Conor McGregor has sparked outrage among fight fans after a series of tweets appear to not only mock the tragic death of Abdulmanap Nurmagomedov, Khabib Nurmagomedov’s father but also threaten the Russian’s manager Ali Abdelaziz.

It is commonly known that McGregor and Nurmagomedov have absolutely no love for one another.

Following their title showdown back in 2018, McGregor, who was convincingly beaten by the Russian, did not leave the animosity there.

Despite returning to action to beat Donald Cerrone 18-months after his loss to Nurmagomedov, McGregor has most recently gone on to suffer back-to-back defeats against Dustin Poirier.

Seemingly a shadow of his former self, the Irishman, who was well beaten against Poirier on both occasions, saw Nurmagomedov weigh in on his performance.

Taking to his official social media, ‘The Eagle’ stated that Poirier’s wins were well deserved and claimed the good guy always prevails.

Clearly, the Russian wrestler’s post-fight assessment did not go down well with McGregor, who has since launched his own attack.

Posting on his social media on Tuesday morning, McGregor appeared to make a mockery of Nurmagomedov’s father’s passing after the Russian lost a short battle with COVID-19 in 2020.

Unsurprisingly unimpressed by the Irishman’s choice of trash talk, Nurmagomedov’s manager Abdelaziz was quick to defend his fighter.

However, despite the brutal nature of McGregor’s tweet, fans would be forgiven for thinking the Irish striker was done there.

Taking the time to reply to Abdelaziz, McGregor then appeared to make a death threat, this time directed at Abdelaziz.

McGregor has since deleted the above tweets.