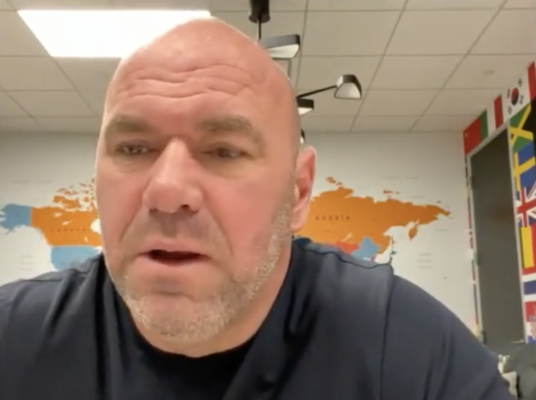 McGregor, 33, fought Dustin Poirier in a trilogy bout at UFC 264 earlier this month.

Coming into the mouth-watering bout, both fighters, who were holding a victory over the other, would have been hoping to finally end the rivalry, once and for all.

However, despite suffering a first-round loss, McGregor’s fierce rivalry with Poirier looks far from over.

That is largely down to the fact that the Irishman’s bout with Poirier was stopped by doctors at the end of the first round.

After suffering an unfortunate break to his tibia, the former two-division champion was stretchered out of the octagon, where he immediately underwent surgery.

Thankfully, surgery was a success, however, after providing fans with an update, it does now appear that the promotion is preparing for McGregor to be sidelined for at least a year.

Shockingly, McGregor went on to reveal how he came into UFC 264’s main event already suffering from stress fractures in his shin – an injury he claims to have informed the Nevada Athletic Commission, as well as the UFC, of.

The NAC recently refuted those claims.

However, speaking to Fox News recently, White has also weighed in on his superstar’s injury plight.

Refusing to directly address McGregor’s pre-exisiting injury claims, White did reveal that the megastar has been suffering from chronic arthritis for a number of years.

(McGregor) has had ankle issues for (the) last couple of years.

He had asked if he could tape his ankles coming into this fight and he got clearance to do it from the Nevada State Athletic Commission and then he opted not to tape them. I don’t know why.

He has chronic arthritis in his ankles.