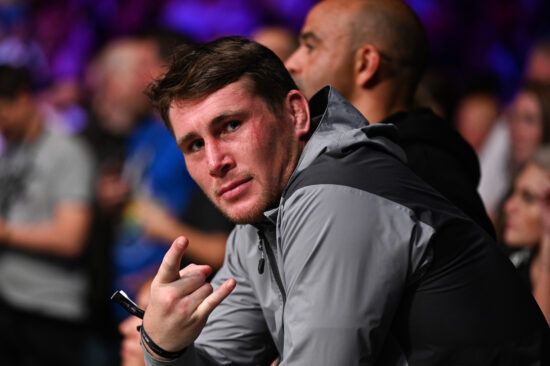 Sometimes viewed as the ‘king of Instagram’ by fight fans, UFC middleweight Darren Till may have taken his outlandish and often jovial online persona a step too far.

The hard-hitter Brit has become known for his brutal posts on social media, which have, in the past, been directly aimed at the likes of fellow fighters Mike Perry and Marvin Vettori.

However, after deviating away from humiliating his peers, Till recently posted what is being widely regarded as an offensive meme aimed at the transgender community.

The meme, which featured a transgender person undergoing a pregnancy ultra-sound while human feces displayed on a doctor’s monitor, has sparked hugely divided opinions.

Some onlookers were left hysterical, others… not so much.

Although the post has since been removed from Till’s social media feed, according to a recent report from the Liverpool Echo, the star is now being investigated by British police following a string of complaints.

In true Till fashion, reacting to the news report, the middleweight contender has issued a no-nonsense response, promising fans they’re set to see even more offensive content in the near future.