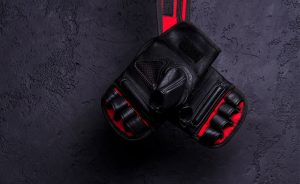 This Wednesday evening, MMA fans will get to watch another UFC event taking place at Fight Island, that is, the Flash Forum on Yas Island in Abu Dhabi, UAE. Kattar vs Ige is the headliner fight of the event, but there are several other high-profile bouts in the card. One of those is the Jimmie Rivera vs Cody Stamann fight.

The two bantamweight fighters have been involved with the UFC for several years now, both with pretty decent success. Jimmy Rivera has won six out of nine fights since 2015 when he joined the promotion. His opponent signed for the UFC in 2017 and has won five fights since while losing one and getting a draw once.

Betting odds on Rivera have moved from -150 to -137 at top MMA betting sites, suggesting that El Terror might not be as big a favorite as though before. One of the main reasons is that his last couple of UFC performances were far from impressive.

Rivera lost both of his 2019 fights, while a year before, he recorded his first UFC defeat. Before 2018, he had a 100% winning rate with five straight wins.

What’s interesting about Rivera is that most of his UFC fights were decided by the judges. In fact, the only fight he won by KO was his UFC debut against Marcus Brimage. What’s even more interesting is that it’s basically the same situation when Cody Stamann is concerned.

The only time Cody Stamann did not go the distance was when he got defeated by Aljamain Sterling by submission. Each of Stamann’s wins in the UFC was won by points, including his most recent fight against Brian Kelleher this June.

Stamann won that fight just a week after his brother unexpectedly passed away. The fight against Kelleher was a featherweight bout; this time, Stamann is going back to bantamweight after cutting weight.

This is going to be a close call, as Rivera and Stamann are two fighters of similar abilities. Predicting the winner of the match is very difficult, even though Stamann seems more than capable to surprise the oddsmakers and grab himself a win.

What seems like a safer bet is that the fight will go the distance. We are very likely to see the two fighters standing on their feet after the three rounds.