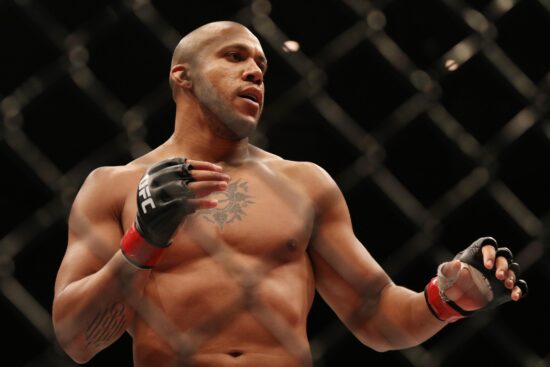 UFC Fight Night 190 has one very exciting matchup in the heavyweight category, between Ciryl Gane and Alexander Volkov. Many believe that the winner here would be the challenger after the Ngannou vs. Lewis fight, which is why it creates a lot of hype in the MMA community.

And to be honest, this is the only relevant match in the division, and we all like it when two big guys clash.

Why Bet on Gane’s Victory?

The French fighter is one of few fighters in the UFC without a single loss. He is currently ranked No.3 in the division, beating several solid opponents in the last few bouts. The most recent victory came against Jairzinho Rozenstruik, in late February, via unanimous decision.

Bon Gamin is a guy who knows everything in the ring, but his biggest strength is Muay Thai. He is a bit faster than Volkov, who is bigger yet not that much stronger. However, what is in our opinion, the best reason to put some money on Gane is the fact that his leg kicks might disturb the Russian.

The French will have no other option but to keep the distance between him and Volkov in certain situations, and not only that. He will aim at the rival’s legs in order to decrease his mobility. Now, as said, Gane is faster than Volkov, and this strategy is bound to give some results.

Once slowing, Volkov will pretty much become a sitting duck for Gane.

The odds on this pick are -155, with the French coming into the battle as a favorite, which isn’t surprising at all.

Why Bet on the Fight Going the Distance?

The match against Rozenstruik showed that Gane knows to be very tactical and fight to the distance even with the championship rounds involved, which might be important for this match, and also for our betting here.

Gane knows that Volkov has powerful strikes and kicks, which is why he won’t be too eager to attack. Again, we saw that Rozenstruik already because Bon Gamin knew that one slight mistake could cost him a win.

That was a dull match, and I have no doubt this one will be the same as well because neither of these two guys is going to open and attack first. Simply that is their nature, especially with the title match on the line. I don’t think that Volkov won’t have the same approach. He learned the lesson against Derrick Lewis once he suffered a KO in the final seconds, losing what was supposed to be a routine victory.

The odds for the fight going the distance are very good -120, and from our perspective, the risk is not high at all.