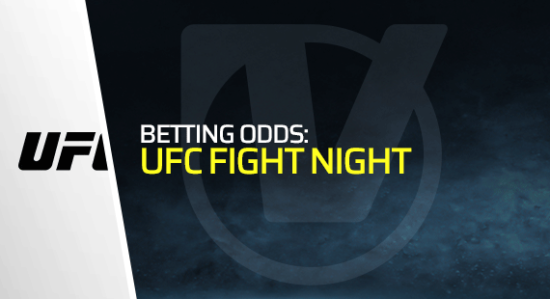 The Apex Centre in Las Vegas is once against set to host another jam-packed UFC Fight Night card.

This Saturday will see 14 fights take place across the event’s Prelims and Main Card.

The exciting card is set to showcase an enthralling Main Card, with notable matchups including veteran Francisco Trinaldo looking to claim the 27th win of his professional career when he takes on rising contender Dwight Grant.

Elsewhere, lightweight sensation Grant Dawson will be trying to extend his impressive five-fight win streak and force his way into the division’s top 15 rankings with a win over Rick Glenn in the co-main event.

The day’s action will be capped off with a top-five middleweight clash between former title challengers Paulo Costa and Marvin Vettori.

With both fighters having last fought and come up short against champion Israel Adesanya, the outcome of Saturday’s main event will likely determine which fighter remains in title contention.

How to Watch UFC Fight Night: Costa vs. Vettori

Saturday’s main event at the Apex Centre will have huge implications in the landscape of the promotion’s middleweight division.

With both Costa and Vettori having previously challenged champion Israel Adesanya, the winner of this weekend’s headline loser is certain to fall even further out of title contention.

Although both fighters are worthy of their current top-five status, both men display very different fighting styles and while Costa is arguably the superior striker, his Italian counterpart often finds a way to neutralize his opponent’s biggest threat.

Having not fought since his title challenge over 12-months ago, Costa’s inactivity could end up being a major factor in Saturday’s main event.

Although a very tough outcome to predict, given the fact this weekend will be Vettori’s third fight of 2021, as well as his ability to turn striking contests in grounded dog fights, I am leaning narrowly towards a decision victory.