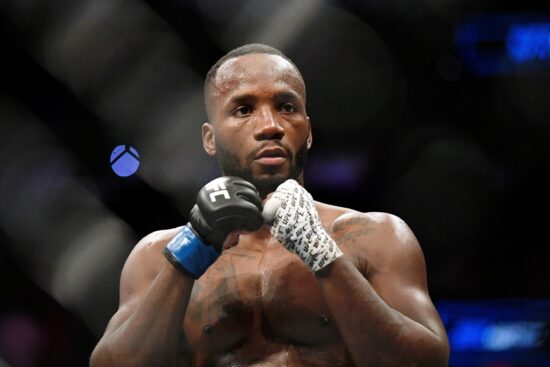 It has been a long road to get Leon Edwards back in the octagon, but fans will see the British fighter back competing this weekend after three previous canceled fights against Khamzat Chimaev. But, how will Edwards fare in his first fight since July 2019?

Edwards vs Muhammad Tale of the Tape

It has been a long road back to the octagon for Leon Edwards, as his three previous dates with Khamzat Chimaev were called off. The first of their fights were due to take place in December 2020, before back-up dates in January and February were also called off due to the COVID pandemic. However, the British fighter has always remained keen to get back into the octagon, and that has set up a fight against Belal Muhammad.

Edwards has been in exceptional form in his recent appearances in the octagon, as he has won his last eight. He has lost just twice in the UFC and three times overall. The last defeat that he suffered came back in December 2015, as he was beaten by a unanimous decision by Kamaru Usman. Since that defeat, he has won all eight fights he has been involved in, with six of these victories being by decision. The most recent of his wins came in July 2019, as he beat Rafael dos Anjos by split decision.

This will be a massive fight for Muhammad, as he will be able to lay down a marker for his intentions in the UFC. He is ranked as the 13th best welterweight in the company, but he will come into this fight as the massive outsider in the betting. The 32-year-old has been in decent form recently, and one factor that will certainly be in his favor is the fact that he has fought three times since Edwards was last in the octagon.

Muhammad won all three of those fights, which includes a submission victory against Takashi Sato at UFC 242. His two more recent wins have both come by decision, against Lyman Good, and most recently, Dhiego Lima. The latter of those fights came in February, which does highlight that the 32-year-old has a quick turnaround from fight-to-fight.

Edwards vs Muhammad Prediction and Pick

Edwards is ranked far higher than Muhammad in the ratings and looks to be on course for a shot at the welterweight title at some point this year. We expect him to dominate this contest.