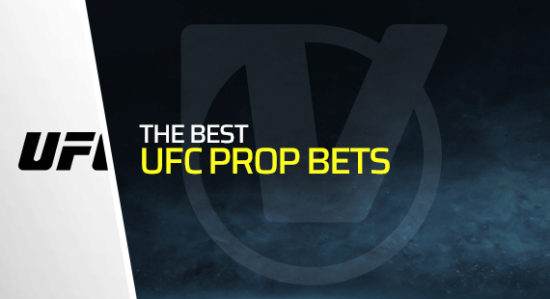 This weekend will see the UFC return following a two-week break.

14 bouts are scheduled to take place across the event’s Prelims and Main Card with top bantamweight contenders Rob Font and Jose Aldo set to headline.

With the promotion’s state-of-the-art Apex Centre currently preparing to host another exciting evening of fighting entertainment – VegasOdds has picked out three bouts and listed some of the best prop bets currently available.

Mallory Martin has lost four out of 11 professional fights but none by way of knockout and I do not expect that to change this weekend.

Cheyanne Buys has a decent record (6-2) and although she boasts two previous knockout wins – the majority of her victories (4) have come by way of the judge’s scorecards.

All the signs ahead of this weekend’s women’s strawweight bout are pointing to another Buys decision win.

Prior to damaging his knee during a bout against Anthony Smith earlier this year, Crute was on an absolute tear and had won four of his first five UFC fights.

Although Jamahal Hill will pose Crute a threat on the feet, the Aussie is incredibly well-rounded and simply has too many weapons.

Looking to get back to winning ways and hopeful of breaking into the division’s top 10, fans can expect to see Crute attempt to go all out to pick up the sixth knockout win of his career.

Once the UFC finds a way to determine an outright champion, this weekend’s winner will probably be next in line to face either Petr Yan (interim) or current titleholder Aljamain Sterling.

With both fighters on emphatic winning streaks, Saturday’s main event is set to be a technical game of combat chess.

Both bantamweights are exceptionally durable and could therefore push each other the full distance.

Don’t be surprised to see the judges called into action.