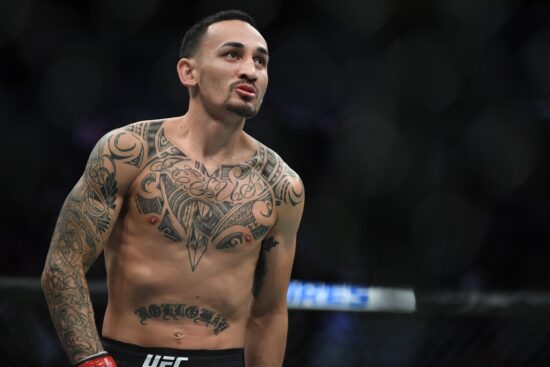 Max Holloway and Calvin Kattar clash this Saturday at the UFC Fight Island 7. These two guys are headlining the first event of the year, breaking the pause following Christmas and New Year; therefore, a lot of people will be watching this fight.

We all missed a good MMA action and judging by the background of these two guys, we should see it in this bout. Neither of them can afford a defeat because of various factors. In the next few lines, you’ll find plenty of helpful info, so stick by.

The Blessed is Back Against the Wall

Why did we make such a headline? It is easy. Holloway (21-6) has no right to lose, because that would be his third consecutive defeat and fourth over the past five events. That is bad for any fighter, but what makes Holloway’s situation even worse is the fact that he used to be the untouchable champion of the featherweight division.

So stop for a moment and just think about it. Max’s legacy, which was promising to be one of the greatest in the organization, would disappear, along with all the chances to have another title fight anytime soon.

He is still one of the most lethal persons in the UFC, regardless of back-to-back losses against the new champion, Alexander Volkanovski. And let us tell you this. He won the second fight against the Aussie, and the judges robbed the Blessed with their scoring. Therefore, he has an additional motive to come out and perform at his best.

Kattar’s Ticket to the Top

The Boston Finisher, as the fans call this guy, is slowly moving upward through the division. His record so far is very good, 22 wins and four losses, the last one in November 2019 against Zabit Magomedshapirov in Russia.

But after that match, Kattar dug deep, adding a few more moves, before coming out as the winner from two bouts in 2020. The first was against Jeremy Stephens, and the second vs. Dan Ige. In both, he was looking much better than before, which is why the organization wanted to test him whether is he ready to become a title contender.

If he wins, then his next stop is Volkanovski, have no doubt about it. If the opposite happens, he’s back to being close to the elite but far away from any title talks.

Holloway vs Kattar Pick and Prediction

It could be said that Kattar has a slightly better body than Holloway, as he seems a bit stronger, and also has a longer reach, 72″ compared to 69″ of the former champ. But in every other aspect, Holloway is way better than his rival. His strikes are better and more accurate, combos are versatile, he seems quicker, he has more experience, etc.

Neither of Kattar’s former rivals was some big-time name, while on the other side, Holloway has seen them all in both featherweight and the lightweight division.