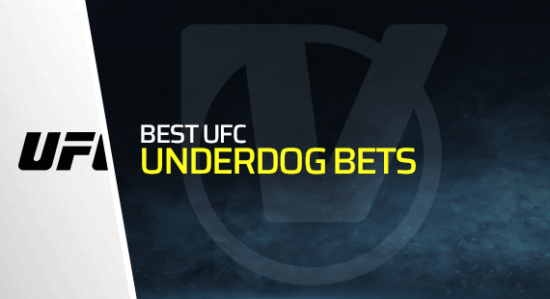 The UFC will return this Saturday following a four-week-long absence over Christmas and New Year.

The top-tier mixed martial arts promotion, which will be back at their Las Vegas-based Apex Center on Saturday, is scheduled to see 10 bouts take place across the Prelims and Main Card.

The top of the event will see heavyweight Jake Collier take on Chase Sherman in a hard-hitting co-main event before durable strikers Calvin Kattar and Georgia’s Giga Chikadze go toe-to-toe in the main event.

Ahead of 2022’s first Fight Night – VegasOdds has picked out three of the best underdog bets currently available.

There is very little to split these two female flyweights.

While I wouldn’t be surprised to see either fighter win this one, given Jennifer Maia’s odds are currently well into plus money, it is hard not to include her as one of this weekend’s better-priced dogs.

This one is a no-brainer!

Rogerio Bontorin will come into Saturday’s Main Card bout against Colorado’s Brandon Royval off the back of a decision victory against Matt Schnell.

His opponent, on the other hand, is enduring a torrid run of results.

In desperate need of a win to reignite his title shot chances, this weekend is massive for Royval but given just how tough his opponent is, Saturday may not end up going the American’s way.

Therefore, currently, at a huge plus money price (+145), there is no getting away from the potential value on offer when it comes to backing Bontorin.

Despite tasting victory on his promotional debut against Isaac Villanueva back in 2020, Chase Sherman has so far failed to follow up his second-round knockout win and has since suffered two defeats in his last two outings.

Looking for a way back into the win column, this weekend’s co-main event against Jake Collier has the potential to have major implications for Sherman’s UFC career.

Given just how desperate he will be to win and win convincingly, he may not be a bad pick to include on your dog slips.