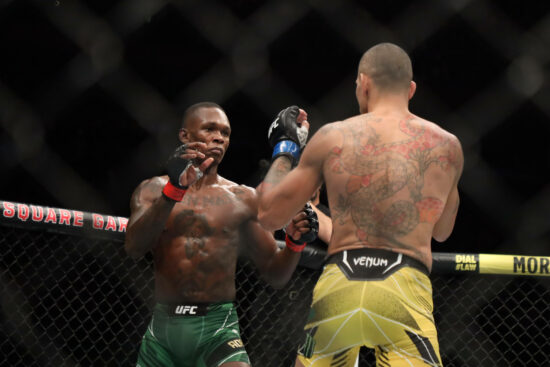 The UFC 281 was one of the most expected MMA events this year, and we need to say that it was mostly due to the headliner between the champion at the time, Israel Adesanya, and the challenger, Alex Pereira.

Adesanya was better throughout the event, having the edge on the scorecards but eventually suffering a knockout in the fifth round. Pereira’s jabs were devastating for the Last Stylebender, who eventually ate a massive left that dazzled him and opened the way for the Brazilian to finish the bout.

The phrase “rematch” was immediately in the air right after the bout, and it seems that both fighters want it, as well as the organization and the fans too.

Adesanya Looking for the Formula for Pereira

This was the second time Adesanya lost to Pereira via knockout, and the third loss against this guy, only now it was in the UFC, and it had a more significant value.

Overall, Izzy did great, reading the rival well, and controlling both the tempo and the distance, but for the first time in a while, we think the Kiwi lost his pace when he needed it the most. That’s why Pereira managed to push Izzy against the fence and hurt him.

Apart from that cardio, we can’t say that Adesanya had the slightest mistake. He even managed to wobble Pereira with the horn sounding in the opening round, showing that his chin is vulnerable as well.

After only three bouts in the UFC, Pereira received a chance to fight for the title, and he won it. We all know that his background and history with Izzy were the reason for such an easy opportunity to attack the belt, but still, many had doubts about him, especially because he hadn’t been appropriately tested.

But as soon as the Brazilian stepped into the ring and showed his size compared to Izzy, who was usually the more dominant and athletic figure compared to the rivals, things began to change.

Pereira was having slight trouble cutting down the weight, but he managed to reach the targeted numbers, yet immediately afterward, he was back to his usual weight, and we can say that he looked at least 15 pounds heavier than Adesanya during the bout. That’s why his shots were so hurtful for the champ.