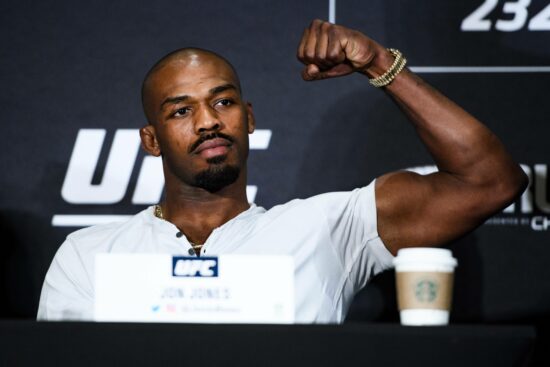 The UFC heavyweight division is one of the most interesting at the moment, not because of the title matches but because of everything else. The reigning champ, Francis Ngannou, is injured, and we now have to see other bouts while Predator recovers. One of the potential clashes is between Jon Jones and Curtis Blaydes.

Bones was supposed to fight Ngannou, yet that has to wait. On the good side, the former light heavyweight ruler will get a taste of the heavyweight division, with him taking on one of the best guys in the same.

Blaydes had several shots at the big dogs, twice against Ngannou, and he ended up severely beaten. This might be his chance to earn one more opportunity to win the title, so the stakes are high for him as well.

Jon Jones – Comeback of the Controversial One

Let’s be straight, apart from Georges St-Pierre (who is at the same level as Bones), there hasn’t been a more impressive and more dominant figure in the UFC than Jones. The one thing that makes him greater than St-Pierre is all the off-cage matters, which are more or less controversial, and that’s exactly why the publicity made him a bigger figure.

As for his skills in the octagon, we don’t and we won’t talk about that. At the age of 23, he became the youngest-ever UFC champion, demolishing the champ at the time, Mauricio Rua. We are sure that no other light heavyweight will even have 11 title defenses, let alone be confident as Jones.

Savage attacks, incredibly gifted athleticism, versatility in the octagon, and his killer instinct make him probably the best pound-for-pound fighter ever. Though, at his prime, which is way behind him.

Curtis Blaydes – Repeating is the Mother of Learning

For the moment, the Razor has 17 wins and three defeats in his MMA career, all three via KO, twice against Ngannou, and once against Derrick Lewis. But even so, Blaydes didn’t quit attempting to win the heavyweight title.

After being sent to the la la land by Lewis, he went on to beat three rivals in a row, all very respectable names, Jairzinho Rozenstruik, Chris Daukaus, and Tom Aspinall, the latter two via TKO. This guy won’t back down, and no matter how many times he falls, Blaydes will get up and go back to the start.

The American is one of the best wrestlers in the division, only he needs to learn how to avoid being dragged into an open brawl where he didn’t showcase a good performance. Recently, he was tested quite a lot, and Blaydes apparently upgraded some of the troublesome aspects.