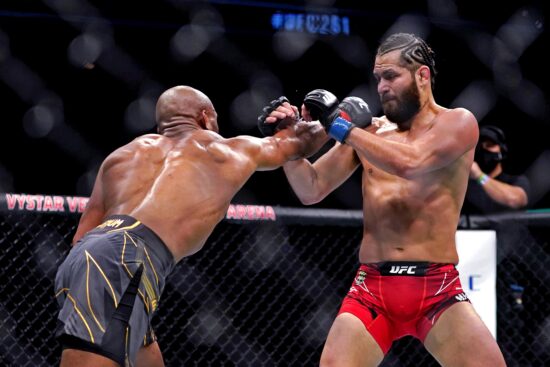 UFC welterweight fan-favorite Jorge ‘Game Bred’ Masvidal has revealed he would like to face champion, Kamaru Usman, for the third time, despite already suffering back-to-back losses against the dominant Nigerian.

Masvidal first faced Usman during the summer of 2020. Despite coming into the pair’s first encounter high on confidence following an impressive three-fight win streak, Masvidal ended up well beaten, echoed by the judge’s unanimous decision verdict.

Offered the chance to return for a rematch eight months later, ‘Game Bred’s’ most recent bout at UFC 261 saw him face Usman for a second time.

Distancing himself even further from his fierce rival, Usman’s performance that night saw the African knock his American opponent out in devasting fashion after just one minute into the bout’s second round.

Seemingly determined not to give up on his title aspirations, Masvidal, who recently took the time to answer fans’ questions on his official media, revealed his dream is to face Usman at least once more.

Despite Masvidal’s willingness to throw his name into title contention for the third time, Usman’s focus is currently on preparing to face top contender Colby Covington later this year.