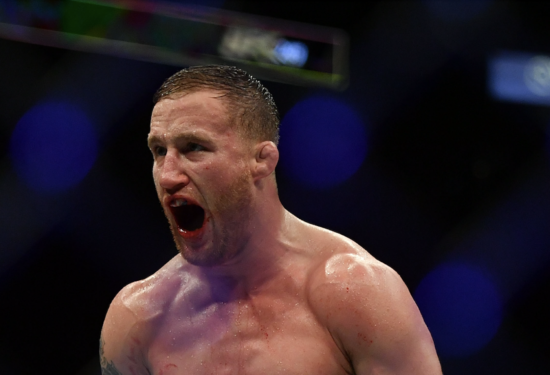 UFC fans will be delighted to learn that Dana White is in the process of finalizing a mouth-watering lightweight bout between top five contenders Justin Gaethje and Michael Chandler.

Both fighters are former title challengers with Gaethje coming up short against retired champion Khabib Nurmagomedov and Chandler recently losing a shot at the vacant belt against Charles Oliviera.

Undoubtedly looking to re-cement their place as the division’s outright top contender, should both Gaethje vs. Chandler become an official fight at UFC 268, the stakes will not be higher.

News that the electrifying bout is in the works came from ESPN reporter Brett Okamoto, who took to his official social media to reveal that the UFC’s matchmakers are working hard to see both lightweights put pen-to-paper.

Although UFC 268 still does not have a confirmed location or venue, the pay-per-view event is expected to take place in November, later this year.