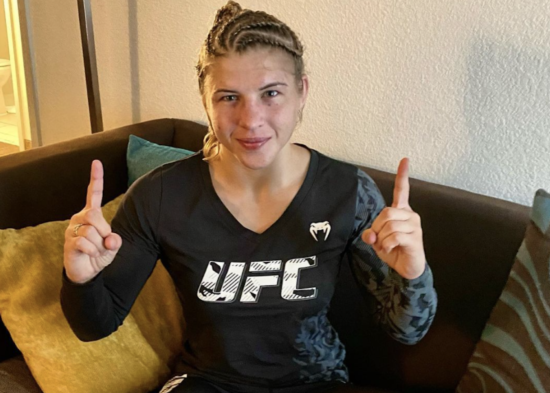 Seen as somewhat of a robbery by fight fans, especially across social media, Maverick’s defeat to Barber has sparked debate among the MMA community.

The pair, who fought three hard rounds, saw their bout go to the judge’s scorecards with two of the three judges deeming Barber as a narrow 29-28 winner.

Although many fighters may have been guilty of criticizing the fight’s outcome, Maverick has surprised fans by issuing a fair and pragmatic statement on her official social media.

Posting on her Instagram account shortly after the fight, the 24-year-old American believes she has no one to blame for the judge’s controversial ruling, except herself.

Only those who have been here know how much this hurts to post. I lost… no if, ands, or buts.

I did not do enough and remained too inactive in the 3rd round, among other things. I’ll be back better every time working on various skills.

I do not know the will of God, but I accept it graciously. Congrats to Maycee Barber. Hold my spot. I have a feeling we’ll meet again soon.

P.S. I thought my eyes were bad.