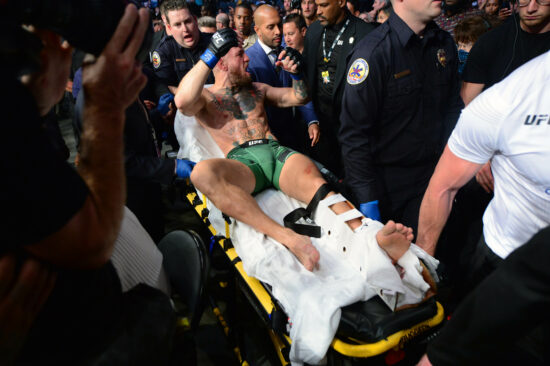 McGregor has recently claimed that all the relevant bodies were aware he came into UFC 264’s main event carrying stress fractures due to heavy training schedules, as per Sky Sports.

The shocking claim left fight fans stunned and wondering how the UFC could allow a fight to go ahead if it was true that one of the bout’s fighters already had fractures.

Reacting to McGregor’s accusation, Bob Bennett, who is the executive director for Nevada’s Athletic Commission, has recently spoken to Las Vegas Review-Journal and refuted McGregor’s claims.

If we ever knowingly had information a fighter wasn’t fit to fight, we wouldn’t let them compete.

It would go to a doctor, and a doctor would make that decision as the expert.

McGregor is now facing up to a year on the sidelines following successful leg surgery.

The news that the Irish lightweight will not be expected to return until at least mid-2022 was confirmed by UFC president Dana White earlier this week.