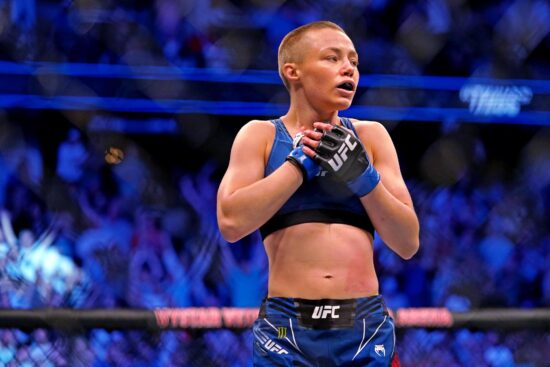 Following her stunning head kick knockout title win over former champion Weili Zhang at UFC 261 earlier this year, recent news has confirmed that strawweight Rose Namajunas will defend her title against the same opponent during a rematch at UFC 268.

Namajunas’ latest title reign marks the second of her career.

After famously dismantling Joanna Jedrzejczyk at UFC 217, which she later replicated at UFC 223, Namajunas is well on her way to going down in the sport’s history books.

Looking to defend her second title for the second time, Namajunas will need to get past former champion Zhang in order to extend her impressive run.

Following what was an enthralling first fight between the pair that saw the American unleash a devasting high kick in the bout’s first round, the UFC has confirmed that both Namajunas and Zhang will meet again at UFC 268 on November 6 in Madison Square Gardens.

Namajunas vs. Zhang II: What the Oddsmakers are Saying

Following the UFC’s announcement that Namajunas and Zhang will rematch for the chance to become the strawweight’s most dominant female, online bookmakers have opened their betting lines.

Interestingly, although Namajunas already holds a devastating win over her Chinese opponent, online bookmakers appear to be less than convinced that the American will make it two wins in a row.

Opening their money lines for UFC 268’s exciting co-main event, the oddsmakers have it all square with both females currently priced the same.

UFC 268 is set to be headlined by welterweight champion Kamaru Usman, who, like Namajunas, will also be rematching an ole foe.

The Nigerian powerhouse will be defending his strap for the fifth time against the always controversial Colby Covington.