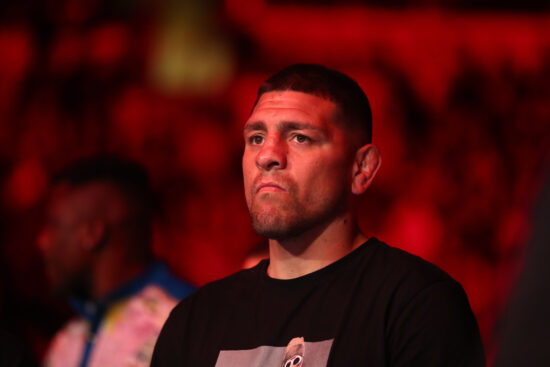 Nearly seven years on from his last competitive fight inside the UFC’s octagon, fan-favorite, and one-half of the famous Diaz brothers, Nick Diaz is set to make a stunning return.

Since then, the Stockton-born brawler has gone to enjoy a hugely impressive career which now spans 35 professional fights, including 29 wins.

One of the 38-year-old’s first top-tier opponents was ‘Ruthless’ Robbie Lawler, whom he faced during 2004 at UFC 47.

The pair put in a memorable striking display and after nearly 10-minutes of back and forth action, it was to be Diaz who came away victorious that evening.

Having convincingly won their first encounter by way of a second-round knockout, Diaz knows that then he faces his rival again this weekend, 17 years on from UFC 47, Lawler will be looking to even the matchup’s score.

However, while both fighters are busy preparing for what looks on paper, to be a nailed-on ‘Fight of the Night’, their bout has been forced to undergo some late changes.

The fight, which is scheduled to take place on UFC 266’s Main Card, was originally down as a welterweight bout – a division both fighters have spent most of their career competing at.

However, with just a few days to go before the stunning pay-per-view kicks off, a recent report from Ariel Helwani has confirmed that the UFC has moved the bout to a middleweight fight.

Although the official reason for the change in weight class has yet to be confirmed, reading between the lines would suggest that both men, who also have a history fighting at 185lb, are reluctant to cut as much weight, especially considering they’re both at the latter stages of their careers.

It has also been noted that despite the late change, the fight will remain a five-round non-title fight.

Diaz vs. Lawler: What the Oddsmakers are Saying

When the UFC first announced that they have managed to finalize a remarkable rematch between Diaz and Lawler, the pair opened at virtually identical odds.

With online oddsmakers offering -109 on Diaz and -111 for Lawler, it was clear that the pair could barely be separated with the fight expected to be won in narrow fashion.

However, in light of the recent news that Diaz and Lawler’s fight has been moved to a middleweight showdown, the online oddsmakers have also adjusted their lines.

Interestingly, Diaz is now viewed as a more convincing favorite with the lines edging further in the 38-year-old’s favor.