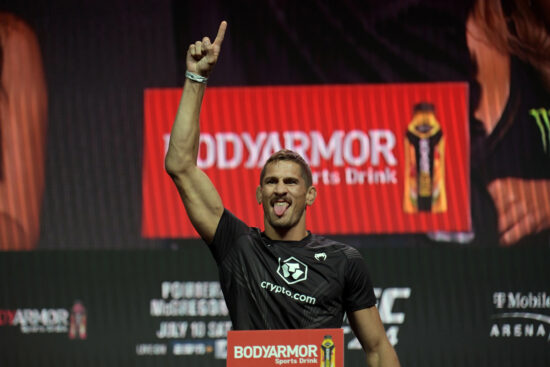 Following his latest win against Alex Oliviera during last weekend’s Fight Night, UFC welterweight contender Niko Price has revealed how he would like to face either Nick or Nate Diaz next.

Price’s most recent showing saw him beat Oliviera by way of a unanimous decision.

Although last weekend’s bout didn’t quite live up to expectations, the American’s well-deserved win did see him end a three-fight winless skid.

Already weighing up his next opponent, Price, who still remains outside of the division’s top 15 rankings, is clearly looking to make a statement.

Speaking recently to MMA Junkie, ‘The Hybrid’ revealed how he’d ‘be down to bang’ against either Diaz brother.

I’m looking for a top 15 or just a big name, like one of these Diaz guys.

I know they’re back and they’re always down to bang. I’m one of those bangers, too. I would like to classify myself with them.

Niko Price on the possibility of fighting either Diaz brother.

Going on to address his next move, Price admitted he is suffering from some post-fight injuries and will be focusing his immediate future on getting back to full fitness.

However, despite his eagerness to face off against either Diaz brother, the American brawler admitted he won’t wait around for his next opponent – whoever that may be.

I’ve got a couple bumps on me right now, so I’m going to see how those heal.

Then I’ll be texting [UFC matchmaker Sean] Shelby what’s up. I’ll be like, ‘Shelby! What you you got?’

Niko Price on his future plans.