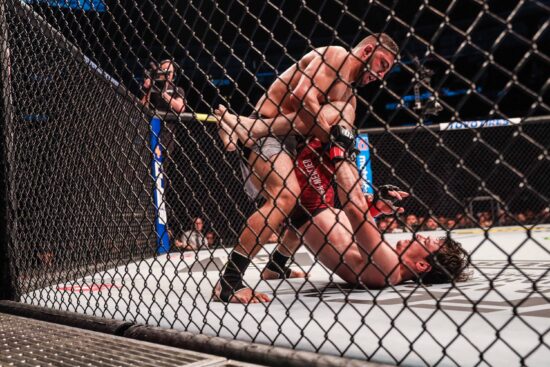 UFC on ESPN: Tsarukyan vs. Gamrot, also known as UFC on ESPN 38 or UFC Vegas 57 is on the program this coming Saturday. There are six bouts on the main card, each of which we’ve already covered in our Tsarukyan vs. Gamrot preview. Check out that post if you’re looking for UFC predictions on who’s going to win the fight.

However, if you’re looking for more exotic bets such as the method of victory, fight to go the distance, rounds total, and so on, this post is for you. We’re now going to analyze the bouts, sharing our top prop bet suggestions along the way.

The reason why the UFC decided to make the Arman Tsarukyan vs. Mateusz Gamrot clash the headliner of Saturday’s event is that these fighters know how to put on a good show.

The evidence of this is that Tsarukyan won the Performance of the Night Bonus in his previous two UFC fights. Mateusz Gamrot has also won two bonuses thus far, both happening last year.

It’s very likely these guys will want to demonstrate their talents on Saturday, which is why you can expect both to try to end the fight early. We believe that one of them will succeed. This is why our prop bet pick for Tsarukyan vs. Gamrot is “fight not to go the distance.”

Shavkat Rakhmonov is 15-0 in his professional career, which is the main reason he is the betting favorite in the fight with Neil Magny. What’s interesting is that all of those wins happened before the final bell. Rakhmonov won eight fights by knockout/technical knockout, as well as seven by submission.

The fights of his next opponent, however, tend to go the distance. In fact, Magny’s won 16 fights by decision.

The big question is whether the Magny vs. Rakhmonov bout is going to finish early or go the distance. We think Magny has the experience to tame his opponent, taking the fight to the maximum number of rounds.

Josh Parisian is 14-5 in his professional career, with 10 KO/TKO wins. Alan Baudot is 8-3 overall, with seven wins by KO/TKO. What’s interesting is that the only other method by which Baudot has won a fight is a disqualification of his opponent. He is still without a win by submission or decision.

Knowing all this, it’s very likely we’ll see Parisian vs. Baudot end by KO/TKO, which is our top prop bet for this fight.

Thiago Moises is coming off back-to-back losses, both before the final bell. What this means is that for the Brazilian fighter, not losing early is a must. Sure, he’d love to beat Christos Giagos, but taking the fight to the distance is his no.1 priority.

It’s a similar story when it comes to Giagos, who surely doesn’t want to get KO-ed as he did in his previous fight – Arman Tsarukyan beat him by KO in Round 1 last September.

Umar Nurmagomedov is 15-0 in his professional career, winning seven of those fights by submission. Two of those happened in the UFC – he defeated Sergey Morozov in 2021 and Brian Kelleher in 2022.

Nate Maness is also great on the ground, although he also tends to do well striking-wise. In fact, his most recent fight – against Tony Gravely in September 2021 – saw him win by TKO, for which he earned the Performance of the Night bonus.

Rodolfo Vieira is a grappling expert who used to be an amateur wrestler. His record is 8-1, with seven wins by submission. Four of those happened in the UFC.

His opponent is Chris Curtis, who’s fought only two UFC fights so far despite already being in his mid-30s. This is probably the main reason why he’s seen as the underdog in this fight. We think he’s going to lose, and if that’s going to happen, Vieira is going to beat him by submission.