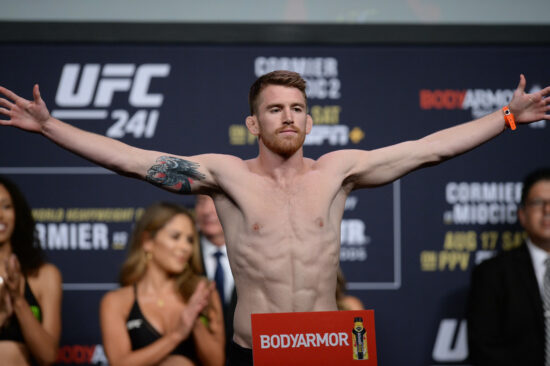 If you’re in search of some UFC predictions, look no further – VegasOdds has you covered!

Cory Sandhagen and Song Yadong should bring a very interesting battle this Saturday night. The first is the bantamweight elite and one of the most spectacular fighters in the UFC, while the other presents the future of the organization.

With 24 years, Yadong already became one of the most promising guys in the division, and many believe that there isn’t a bigger talent than him right now.

We are here to deliver a few prop picks that have a high value and that could turn out to be victorious.

UFC Predictions: Fight to finish via KO/ TKO, or DQ

These two guys are fabulous strikers, and their output is pretty high. So it is no wonder to see the bout ending via some sort of a knockout. Sandhagen has 14 wins, six of them coming via KO, while on the other side, Yadong won eight times via knockout in his 19 triumphs. His last two wins were a first-round KO against Marlon Moraes and a second-round KO against Julio Arce.

As for Sandhagen, the American lost to Petr Yan and TJ Dillashaw vis decision, yet his latest two victories were by a KO as well, Moraes and Frankie Edgar.

These guys aren’t some particularly good wrestlers, although Sandhagen put some effort into improving that aspect of the fight lately, which is one more reason to go with this pick.

UFC Predictions: Fight to finish in the first round

The odds here are magnificent, and they sit at +550. The reason why we wanted to mention it here is that these guys’ last victories took place in the opening round. As already mentioned, Sandhagen beat Frankie Edgar via a fantastic flying knee, which delivered one of the scariest knockouts in the UFC over the recent few years. On the other side, Yadong’s flurry of punches finished Marlon Moraes after two minutes of fighting.

We could see both of these guys coming out strong, swinging and trading blows in the middle of the octagon. It wouldn’t be the first time for them to open the bout that way.

When looking at the odds, and everything, this is a long shot worth trying, so it had to be on our list here.

The Sandman is a more experienced fighter, and it seems he has more power than Yadong, whose physical development didn’t reach its peak. Also, Sandhagen has a two-inch longer reach, which is very important in situations like this one.

The American works well with his feet and arms, and he got used to exploiting that advantage. We aren’t saying that Yadong can’t adjust to it, but simply, apart from Moraes, the Chinese fighter didn’t have a notable opponent on the other side of the octagon, and he might be a problem. Sandhagen is a veteran who knows how to behave and what to do in these situations, therefore, we think this pick has value.