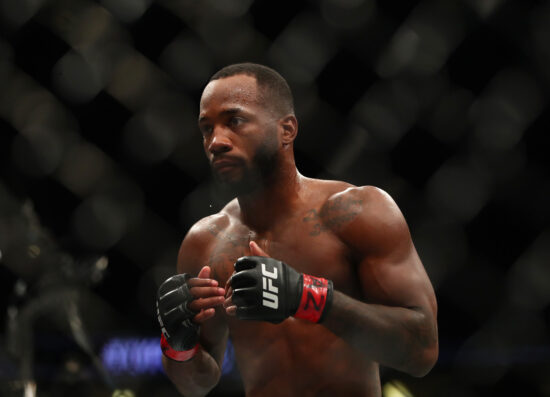 If you’re a fan of betting on UFC prop bets, you’re in the right place!

UFC 278: Kamaru Usman vs. Leon Edwards 2 is set to headline this coming Saturday.

We’ve already analyzed all of the main card fights in our UFC 278 prediction piece, which is where you can see our top betting picks for the fight-winner market.

Spoiler alert: we went with the favorites in all of those fights, which explains why the Vegas odds might not be too attractive. The good news is that there’s much more betting value in UFC props, which are the bets we will focus on here.

Kamaru Usman is the reigning UFC Welterweight champ, who is currently the no.1-ranked fighter in the UFC pound-for-pound rankings with a professional record of 20-1. His opponent at UFC 278 is Leon Edwards whose pro record is 19-3. One of those three defeats happened against Usman.

Knowing all this, it’s no surprise that top MMA bookmakers see Usman as a -400 favorite in Saturday’s fight. If you’re looking for a better betting value, UFC props might be a better alternative. In this particular case, the method of victory is what you should be after.

So, how will Usman beat Edwards? The last time he did it, it was by decision. Almost seven years have passed since and Usman is fighting on a whole different level now. But so is Edwards, who’s without a single loss since the first fight with Usman.

That said, we don’t expect Usman to have a too easy job on Saturday. Instead, we’re probably going to see an interesting fight that might go the distance.

Luke Rockhold is a former champ who’s got a pretty impressive portfolio with 16 wins and five losses. The problem is that three of those five losses happened in his previous four fights.

An even bigger problem is that after his KO loss to Jan Blachovicz, Rockhold went on a three-year-long break. The fight against Paulo Costa is going to be the first time Rockhold is in the octagon since summer 2019.

Costa, on the other hand, fought three fights in the last three years. Unfortunately for him, two of those resulted in defeats. Still, to be fair to the guy, both of the losses happened when he was a huge underdog – against Israel Adesanya and Marvin Vettori.

There’s no doubt Costa is planning to get back to the winning track with a spectacular performance at UFC 278.

Jose Aldo (31-7) might be the GOAT of the featherweight division, which is where he used to hold the title on two separate occasions, making a total of seven title defenses.

In the Bantamweight division, however, he hasn’t been as successful. In fact, since moving up a weight class, Aldo is 2-3. The good news for his fans, however, is that those three wins happened in the previous three fights.

The bad news, however, is that we think his victorious run is going to end this Saturday. We think Merab Dvalishvili is the one who’s going to triumph. Still, we can’t say we’re 100% sure this scenario is going to play out. In a fight like this, anything can happen.

However, we are pretty confident this fight will end before the final bell. Whether it’s going to be a finish by Aldo or Dvalishvili, it doesn’t matter for this UFC prop bet.

Marcin Tybura (22-7) is a decent striker who’s won nine fights by KO/TKO. Unfortunately for him, his next opponent seems to love fighting against elite strikers. Alexander Romanov (16-0) is the man in question, who’s coming off a win over American knockout expert Chase Sherman.

Romanov beat Sherman by submission, which was his ninth win by this method. We think the same is very likely going to happen on Saturday.

Of all the fighters on the UFC 278 main card, Tyson Pedro is by far the biggest favorite to win. The Aussie fighter who is 8-3 in his pro career is priced at -900. Oddsmakers seem sure he will thump Harry Hunsucker (7-5) on Saturday, but we’re wondering how will it happen.

Pedro has three KO wins in his portfolio, along with five submission wins, with no wins by decision. That said, this guy loves finishing his opponents quickly, so it’s almost certain Saturday’s fight will not go the distance. But will we see Pedro knock Hunsucker out or will he beat him by submission?

Knowing that all five of Hunsucker’s defeats happened by KO/TKO, it is only logical to assume the same will happen at UFC 278. Plus, one of those knockouts was the work of Pedro’s brother-in-law Tai Tuivasa.