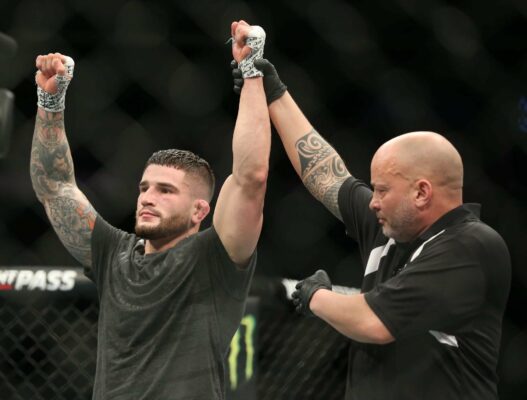 The UFC rankings are among one of the most widely discussed and debated aspects of the top-tier promotion.

Although often subject to much criticism, there is very little argument that each division’s top 15 contenders are not worthy of the number besides their name.

There are currently eight active men’s divisions in the UFC, with the female weight classes making up a further four divisions.

Each division’s rankings consist of one champion and 15 top contenders – although being a division’s outright number one contender does not always automatically guarantee a fighter of a title shot, it does give a very good indication of who poses the biggest threat to a champion’s reign.

The rankings are updated weekly, usually following a weekend’s fight card, and their orders are determined by several selected media outlets.

The ‘Pound-for-Pound’ rankings, for both the male and the female competitors, are designed to give fans an idea as to which active fighters are to be considered the best in the world at that current moment in time.

The current UFC ranking after UFC 267 are listed below.