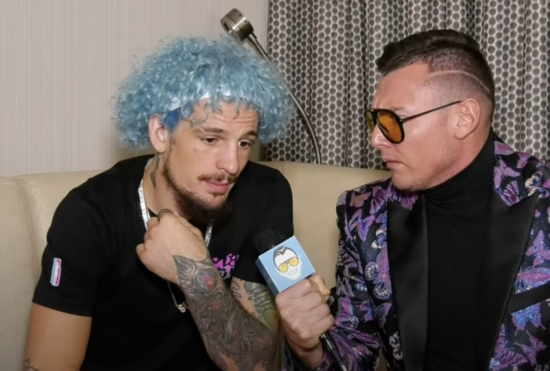 Following his most recent win against Kris Moutinho, bantamweight contender Sean O’Malley has hinted that he would like to face Dominick Cruz before 2021 is out.

O’Malley, 26, made his UFC debut in 2017 following a sensational knockout performance on Dana White’s ‘Contender Series’.

Despite currently being unranked, O’Malley, who boasts an impressive 6-1 record in the UFC, is well on course to breach the division’s top 15.

With his summer classic against Moutinho ending in a late knockout, the 26-year-old is now eyeing a return back to action in December.

While speaking recently with MMA reporter ‘The Schmo‘, O’Malley has hinted that he would like to face former champion Dominick Cruz, but hasn’t ruled out accepting a fight against a different opponent.

Who will it be? Dominick Cruz? – Could be.

If he wants to fight in December in Vegas, I would love to dance with him.

Whoever I beat up, I’m getting paid the same – don’t care.

Sean O’Malley on possible next opponent