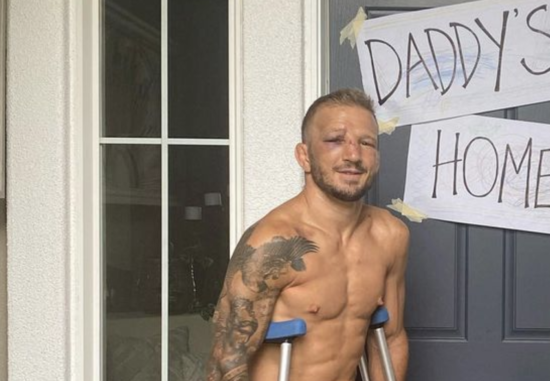 Returning to the octagon last weekend, former bantamweight champion TJ Dillashaw reminded fans why he should still be considered one of the best 135lb fighters on planet earth.

Having been forced onto the sidelines for two years following a failed drugs test, Dillashaw had been left with no choice but to watch on as the bantamweight belt changes hands.

After Russian striker Petr Yan lost the title to Aljamain Sterling due to an illegal knee earlier this year, although the pair are set to rematch, Dillashaw would have been desperate to force his way back into title contention – and he has done exactly that.

With his suspension recently coming to an end, Dillashaw was welcomed back to the octagon by rising contender and fan-favorite Cory Sandhagen.

Squaring off during last weekend’s Fight Night main-event, Dillashaw claimed a vital victory over Sandhagen, by way of a razor-thin split decision.

In what was a hugely enthralling encounter from start to finish, the technical masterclass put on display between Dillashaw and Sandhagen will likely go down as one of the most complete fights in recent memory.

However, despite eventually bagging the win, initial concerns were raised after the former champ suffered a knee injury in the fight’s first round.

Although able to carry on through the discomfort, Dillashaw, who has recently posted on his Instagram, has since revealed the extent of the injury and confirmed he will require surgery in order to complete a full recovery.