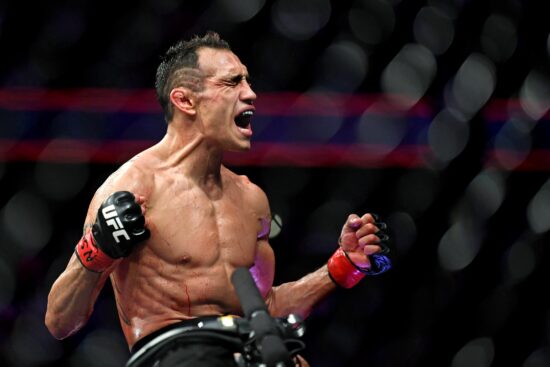 Following his loss to fellow lightweight contender Justin Gaethje at UFC 249, Tony Ferguson left the octagon a battered man. Nearly five whole rounds of back and forth physical punishment saw both men leave everything inside the cage. However, despite the violent spectacle, Ferguson has claimed that after the bout, he faced another battle – getting his employers to cover his medical expenses.

After making his UFC debut all the way back in 2011, Ferguson has remained one of the promotion’s most active fighters.

Racking up 18 wins in ten years, the American-born striker has continually beaten some of the best lightweights in professional mixed martial arts.

Irrespective of this though, Ferguson has often been overlooked when it comes to title conversations.

Undeterred by the promotion’s continued snubs, Ferguson, although currently on a two-fight losing streak, remains eager to try and climb to the top of the division’s rankings.

Following back-to-back losses against Gaethje and then later Charles Oliviera, Ferguson is now preparing for a mouth-watering bout against Beneil Dariush at UFC 262, in May.

Although keen to keep on impressing his employers, Ferguson has accused the UFC of putting up a fight when it came to covering his hefty medical bills last summer.

In a shocking recent interview with Submission Radio, Ferguson has revealed that following his loss to Gaethje, because the UFC did not step in to cover his medical bills, the American was forced to escalate the issue to the company’s higher management.

As we know now, it was to be Gaethje who saw his hand raised, but the damage inflicted almost cost his opponent a lot more than a black mark on his fighting record.

I just barely got the insurance bill paid for my over in Jacksonville. I’m not even trying to b***h about it.

I’m bleeding everywhere and getting my bones crushed and all this other sh**, and sitting in the hospital where my wife is crying her a** off, and we’re trying to figure out if I’m going to have surgery or not, and my f***ing bill won’t get paid? – No, we’ve got issues now.

Tony Ferguson on the aftermath of UFC 249

Although, as it later transpired, the 39-year-old did eventually see his employers fork out for the whopping medical costs incurred, Ferguson revealed it was on him to do the chasing.

When it comes to a lot of these things that you’re counting on getting taken care of, it’s a little bit hard. But I did make a phone call to the highest one, and check this out – it got handled quick. That’s what I can count on.

The UFC, when they took care of my stuff, I haven’t had a bill since then. But it takes communication, and instead of me being all whiney about it, I f***ing did what? – I made the phone call, I texted and I was open about it.

Tony Ferguson on the UFC eventually covering his medical bills